Cessationists believe that God, Jesus Christ, gives you the gift of the Holy Ghost without you having any knowledge of receiving the most precious and awesome gift that one can ever receive. Jesus said in John 7:37-39 that believers would receive the Spirit. He then said just before His Ascension in Mark 16:17 that believers shall speak with new tongues. The Lord did not put any qualifications on His statements except that you must be a believer, and the Apostle John clarified in John 7:39 that it would happen after Jesus was glorified. That it did! About ten days after His Ascension, Jesus poured out the Holy Ghost on the day of Pentecost:

And they were all filled with the Holy Ghost, and began to speak with other tongues, as the Spirit gave them utterance (Acts 2:4). 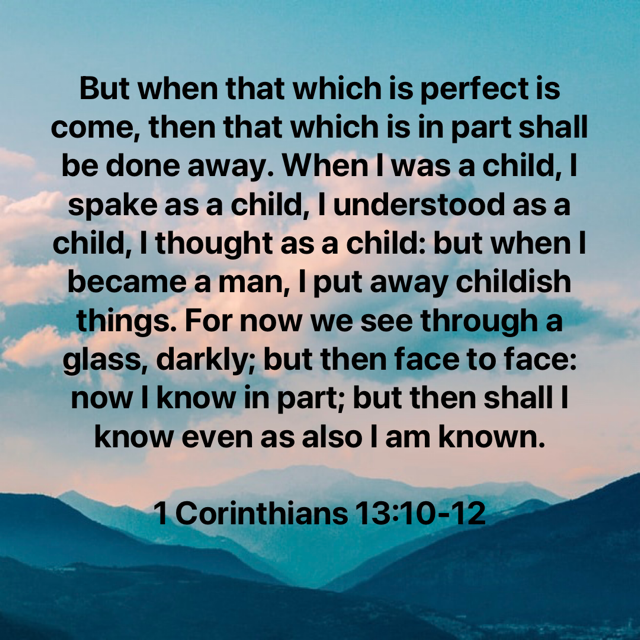 Cessationism is not Scriptural

The scripture which cessationists base their claim that speaking in tongues has ceased is what the Apostle Paul wrote about "charity" or love in Chapter 13 of 1 Corinthians in verse 8:

When one looks at just this scripture, it does seem that tongues will cease but when you look at the scripture in full context, it takes on an entirely different meaning:

Charity never faileth: but whether there be prophecies, they shall fail; whether there be tongues, they shall cease; whether there be knowledge, it shall vanish away. For we know in part, and we prophesy in part. But when that which is perfect is come, then that which is in part shall be done away. When I was a child, I spake as a child, I understood as a child, I thought as a child: but when I became a man, I put away childish things. For now we see through a glass, darkly; but then face to face: now I know in part; but then shall I know even as also I am known. And now abideth faith, hope, charity, these three; but the greatest of these is charity (1 Corinthians 13:8-13). 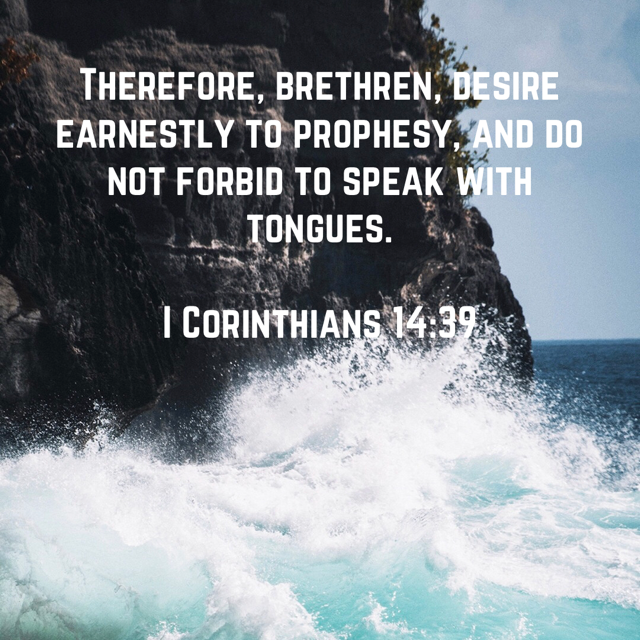 Clearly, the time of fulfillment Paul refers to with then face to face and then I shall know just as I also am known speaks of being in the glory of heaven with Jesus. Certainly, that is the that which is perfect spoken of in 1 Corinthians 13:10 as well. According to the context, it can't be anything else. [Guzik, 2001, Study Guide for 1 Corinthians 13]

Then in Chapter 14 Paul says "do not forbid to speak in tongues" but "be done decently and in order":

If anyone thinks himself to be a prophet or spiritual, let him acknowledge that the things which I write to you are the commandments of the Lord. But if anyone is ignorant, let him be ignorant. Therefore, brethren, desire earnestly to prophesy, and do not forbid to speak with tongues. Let all things be done decently and in order (1 Corinthians 14:37-40 NKJV).

And he said  there must be an interpretation when an unknown tongue tongue is spoken in church:

If any man speak in an unknown tongue, let it be by two, or at the most by three, and that by course; and let one interpret. But if there be no interpreter, let him keep silence in the church; and let him speak to himself, and to God (1 Corinthians 14:27-28).

Why would Paul say "forbid to not speak tongues" with the only qualifications being that it be done decently and in order and that there be an interpretation, as it applies to unknown tongue. Of course the answer is Paul wouldn't as he said tongues would not cease until the second coming of Jesus Christ as already discussed above.

Lastly, Jesus did not put any qualifications on speaking in tongues, other than we must be believers, when He said:

And these signs will accompany those who believe: in my name they will cast out demons; they will speak in new tongues (Mark 16:16 ESV).

I don't think it is a good idea to argue with God! Tongues has not ceased and won't until He returns.


From Cessationism to Holy Ghost

From Cessationism to Speaking in Tongues

From Cessationism to Gospel of Jesus Christ