Is Jesus the Second Person
in the Trinity?

The Word of God is very explicit about not adding words to the Bible. Scripture clearly tells us not to add or takeaway words from the Bible:

And the Apostle John repeats this directive in Revelation 22:18 -19.

I have read the Bible from cover to cover twenty times, and I can testify that the word "Trinity" and the words "Holy Trinity" are not in the New Testament, and they are certainly not in the Old Testament either. These words were invented. 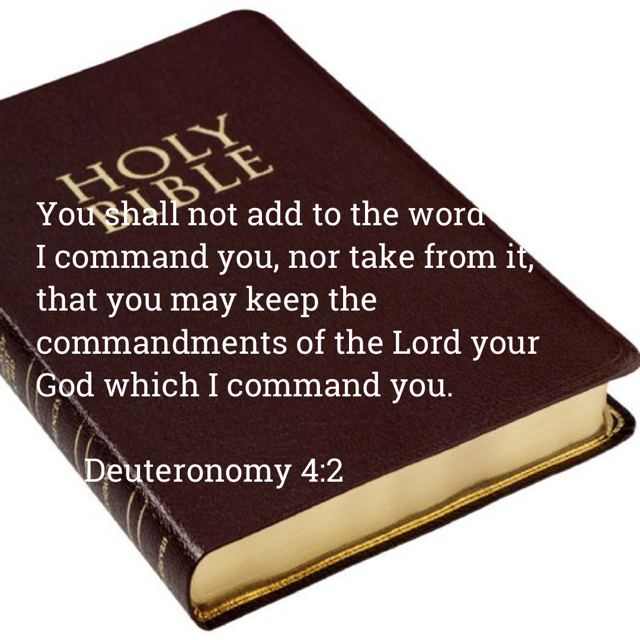 Contrary to the Word of God, Trinitarians have used the word Trinity and the words Holy Trinity as if they appear in the Bible. The same is true for the words "second person", just as it is for "first person" and the "third person". These words do not exist in the Bible. They were invented in the Doctrine of the Trinity that was published in 325 AD, in the Treaty of Nicaea. Ever since then, Trinitarians have tried to force feed this doctrine into the Bible, where it is non-existent.

Go ye therefore, and teach all nations, baptizing them in the name of the Father, and of the Son, and of the Holy Ghost (Holy Spirit) (Matthew 28:19).

From this one verse in the Bible, early church historians like Theophilus of Antioch and Tertullian, have used this verse to formulate the Trinitarian doctrine and to actually baptize in this manner. So you may be asking yourself "why does he say that?" The answer is simple: It is the only place in the entire Bible where the words "the Father, and of the Son, and of the Holy Ghost" are written together as a phrase. 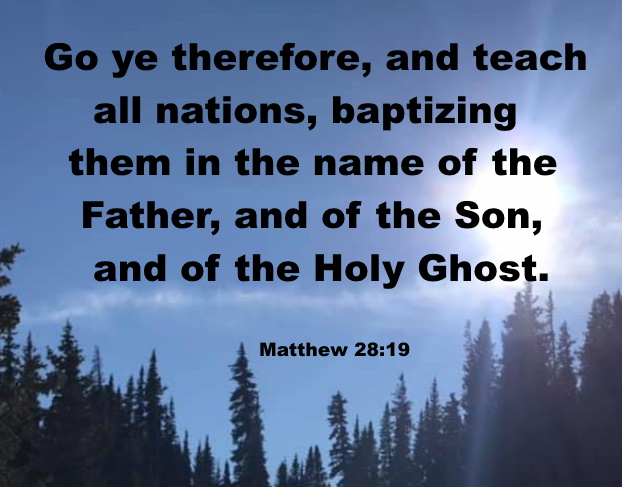 If you read Matthew 28:19 again, "name" is singular, not plural. If Father, Son, and the Holy Ghost were actually names, the scripture would have used the word "names" to represent the plurality. But it didn't, since the Father, the Son and the Holy Ghost are titles or offices of God, not names of God. There is only one name that fits - Jesus - which we can readily see if we go to parallel scriptures in the other Great Commission verses. We see that Luke recorded Jesus' words as "in His name" (Luke 24:47) and Mark recorded Jesus' words as "in My name" (Mark 16:17).

What Did the Apostles Do?

When Jesus spoke the Great Commission verses, the elven remaining Apostles were present. Approximately ten days later (the days between the Passover and Pentecost is 50 days and Jesus was with the Apostles 40 days -Acts 1:4) before Jesus ascended to heaven, the Holy Ghost was poured out on humanity - Acts 2:4. Immediately after that, the Apostle Peter, who Jesus gave the keys to the Kingdom (Matthew 16:19), preached the first sermon of the Church Dispensation (Acts 2:14-41).

To fully understand that Jesus is the Father, and the Son and the Holy Ghost, and that the Doctrine of the Trinity is false, please read and study the following pages:


From "Is Jesus the Second Person in the Trinity?" to Jesus is God

From "Is Jesus the Second Person in the Trinity?" to  "Who are you Lord"

From "Is Jesus the Second Person in the Trinity?" to  "Deity of Jesus Christ"