In the Name of Jesus

The Bible says to do all things in the name of Jesus:

And whatsoever ye do in word or deed, do all in the name of the Lord Jesus, giving thanks to God and the Father by him (Colossians 3:17).

Jesus taught this to His disciples and that is precisely what they did. When baptizing they did not use the triune name of Father, Son, and Holy Ghost. They knew that Jesus is the Father, the Son, and the Holy Ghost, that Jesus is God, so they used "in the name of Jesus" to baptize the lost (Acts 2:38, 8:16, 10:48 19:5). The Bible also teaches us that "in the name of Jesus" is the only name whereby we can be saved:

Be it known unto you all, and to all the people of Israel, that by the name of Jesus Christ of Nazareth, whom ye crucified, whom God raised from the dead, even by him doth this man stand here before you whole. This is the stone which was set at nought of you builders, which is become the head of the corner. Neither is there salvation in any other: for there is none other name under heaven given among men, whereby we must be saved (Acts 4:10-12). 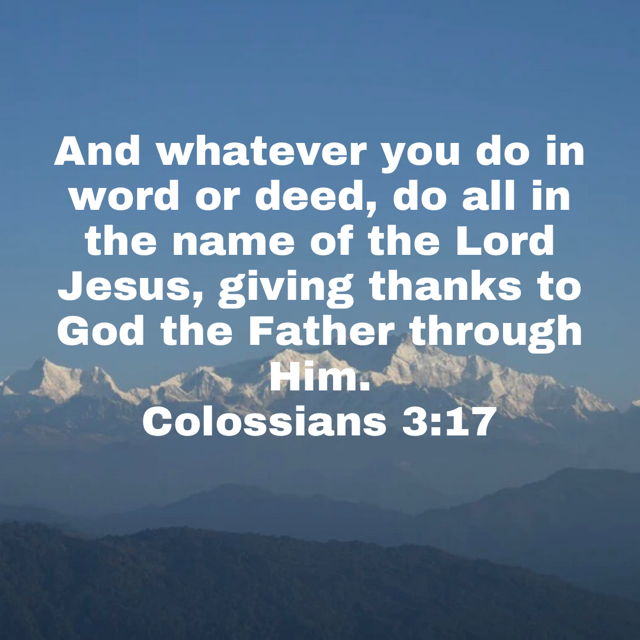 What do Historical Records say?

In the study on Baptism, I use scripture to demonstrate how that all baptisms were done in the name of Jesus for remission of sins. Not that it is necessary, as the Bible is the final word on all doctrinal issues, it is noteworthy that there are numerous historical accounts of how baptism in the name of Jesus was replaced by the triune formula. The following historical record is from the Word Aflame Press Tract "The Baptismal Formula in Scripture and History" Tract #8981.

The Encyclopedia of Religion and Ethics (1951), II, 384, 389: The formula used was ‘in the name of the Lord Jesus Christ’ or some synonymous phrase; there is no evidence for the use of the triune name . . . . The earliest form, represented in the Acts, was simple immersion . . . in water, they used the name of the Lord, and the laying on of hands. To these were added, at various times and places which cannot be safely identified, (a) the triune name (Justin) . . . ‘”

Interpreter’s Dictionary of the Bible (1962), I, 351: “The evidence . . . suggests that baptism in early Christianity was administered, not in the threefold names, but ‘in the name of Jesus Christ’ or ‘in the name of the Lord Jesus.’”

Otto Heick, A History of Christian Thought (1965), I, 53: “At first baptism was administered in the name of Jesus, but gradually the name of the triune God: Father, Son, and Holy Spirit.” 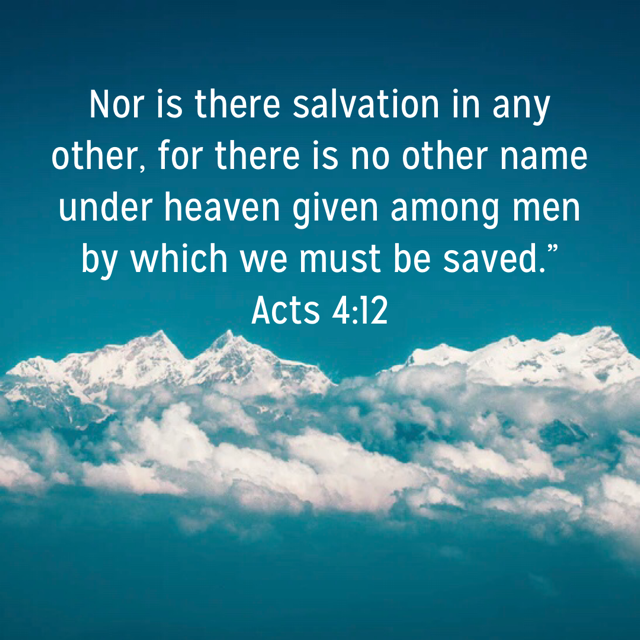 James Hastings, Dictionary of the Bible (1898), I, 241: “[One explanation is that] the original form of words was ‘into the name of Jesus Christ; or the Lord Jesus’ Baptism into the name of the trinity was a later development.”

Williston Walker, A History of the Christian Church (1947), page 58: “The Trinitarian baptismal formula . . . was displacing the older baptism in the name of Christ.”

The New Schaff-Herzog Encyclopedia of Religious Knowledge (1957), I, 435: “The New Testament knows only baptism in the name of Jesus . . . which still occurs even in the second and third centuries.”

Encyclopedia Biblica (1899), I, 473: “It is natural to conclude that baptism was administered in the earliest times ‘in the name of Jesus Christ,’ or in that ‘of the Lord Jesus.’ This view is confirmed by the fact that the earliest forms of the baptismal confession appear to have been single—not triple, as was the later creed.”

Encyclopedia Britannica, 11th ed. (1910), II, 365: “The trinitarian formula and trine immersion were not uniformly used from the beginning . . . Bapti [sm] into the name of the Lord [was] the normal formula of the New Testament. In the 3rd century baptism in the name of Christ was still so widespread that Pope Stephen, in opposition to Cyprian of Carthage, declared it to be valid.”

When we are baptized, being fully immersed in water, after we have repented, in the name of Jesus Christ, we never need to be baptized again. But if any of this is not so, like:

re-baptism is absolutely necessary to be saved, to be born again, to make it to heaven. I was baptized, fully immersed in the name of the Father, Son and Holy Ghost (see My Testimony) before I discovered Bible truth, but nothing changed in my life. Everything changed though when I was baptized in Jesus' name - I became a new creature. Of course, re-baptism is Biblical. John the Baptist's disciples were re-baptized when they heard the gospel preached by the Apostle Paul (Acts 19:1-6).

If you have not been baptized correctly, use the church directory page to find a church where you can be re-baptized. I pray in Jesus'name that you don't hesitate one moment to be re-baptized.


From In the Name of Jesus to Baptism

From In the Name of Jesus to Repentance