Bible prophecies are predictions of an event that will, of course, happen in the future. Strong's definition is:

The Apostle Peter adds on to that definition:

For the prophecy came not in old time by the will of man: but holy men of God spake as they were moved by the Holy Ghost (2 Peter 1:21).

So prophecies come through men of God being moved by the Holy Ghost and, of course, that scripture lines up with what the Apostle Paul wrote:

All scripture is given by inspiration of God, and is profitable for doctrine, for reproof, for correction, for instruction in righteousness (2 Timothy 3:16).

We will look at many Bible prophecies, some fulfilled in the Old Testament itself and many that were fulfilled with the coming of Jesus Christ and with His death, burial and resurrection (the Gospel of Jesus Christ). 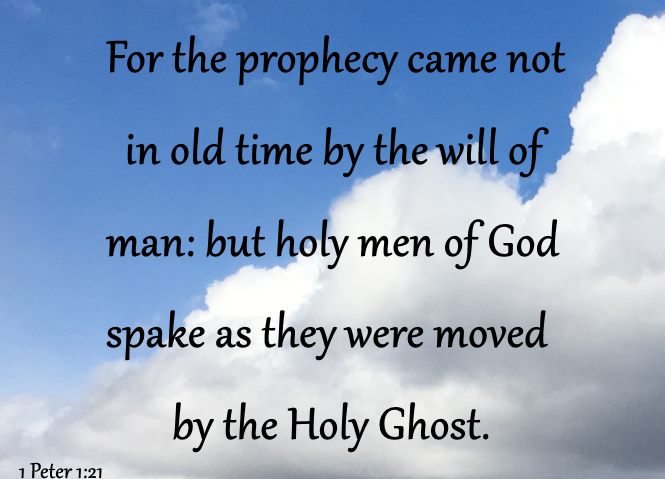 There are many Bible prophecies that were fulfilled in the Old Testament. We will delve into a few of these prophecies here.

God promised Abraham and his seed (Isaac and then Jacob), about 2090 BC, that He would build a nation (Israel) in the land of Canaan (Genesis 7:7-8). Some seven hundred years later, the Israelites, led by Joshua, crossed the Jordan River, into the Promised Land. When Jacob went into Egypt, around 1876 BC, there were seventy sous (Exodus 1:5). The Bible also tells us that four hundred and thirty years later (Exodus 12:31), the nation of Israel had grown to about 600,000 men over the age of twenty (Numbers 1:45-46), implying that with women and children there would have been over 3,000,000 Israelites. God did what He promised and through Isaac and Jacob He extended this promise to all humans, every Gentile, through faith in Jesus Christ (Romans 9:1-33 ESV)

Jeremiah prophesied that Judah and Jerusalem would go into captivity by the Babylonians for seventy years because they would not "hearken" unto the Lord and repent of their idolatry, for serving other Gods (Jeremiah 25:2-11). This prophecy was written around 627 BC and Judah was conquered by the Babylonians in 605 BC.

The first great empire is not a prediction as Daniel clearly tells Nebuchadnezzar that he is the head of gold of the image that he saw in his dream (Daniel 2:36-38). Babylon is the first of four great world empires.

The prophecy of the second great kingdom, the kingdom of silver, was fulfilled while Daniel was yet alive. Daniel interpreted the "handwriting on the wall" at the request of King Belshazzar, Nebuchadnezzar's son. In this narrative, Daniel 5:24-31, Daniel interprets the writing and on that very same day Belshazzar was slain and Darius the Mede took the kingdom and that this kingdom is known as the Medes and Persians kingdom (Daniel 5:28, 6:8-9 and 6:15). Daniel had been informed previously by Gabriel that the second great kingdom would be the Medes and Persians (Daniel 8:20). The Medes and Persians conquered Babylon in 539 BC.

The prophecy of the third great kingdom, the kingdom of brass, was of the Grecian Empire. We know this through Gabriel's interpretation of Daniels vision (Daniel 8:1-27) during the reign of King Belshazzar. As noted above, Gabriel tells Daniel that the ram with two horns are the kings of Media and Persia (Daniel 8:20). Then in the following verse Gabriel reveals that the kingdom who will defeat the Medes and Persians, will be Greeks (Daniel 8:21). This prophecy was fulfilled when the Persian Empire was conquered by Alexandra the Great and the Greeks in 331 BC. 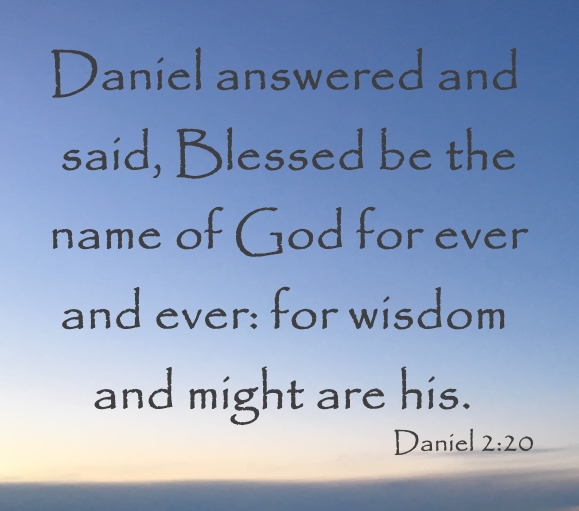 The name of fourth great kingdom (Daniel 2:33,40) was not revealed in the Book of Daniel. It did happen though in 146 BC when the Roman Empire conquered the Greeks at the Battle of Corinth.

The Fifth Kingdom - The Kingdom of God

This prophecy was about the coming of our Great God and Savior, Jesus Christ, and how His Kingdom will stand forever:

And in the days of those kings the God of heaven will set up a kingdom that shall never be destroyed, nor shall the kingdom be left to another people. It shall break in pieces all these kingdoms and bring them to an end, and it shall stand forever, just as you saw that a stone was cut from a mountain by no human hand, and that it broke in pieces the iron, the bronze, the clay, the silver, and the gold. A great God has made known to the king what shall be after this. The dream is certain, and its interpretation sure (Daniel 2:44-45 ESV).

Yes, the interpretation was sure as Jesus Christ sits on the throne and reigns today and forevermore (Revelation 5:13).

From Bible Prophecies To Wheel of Prophecy

From Bible Prophecies To One God