God's love for us was wonderfully expressed by the Apostle John when he wrote:

We can see that His love started in the Garden of Eden. God's intentions were for us to be able to walk naked with Him in the Garden of Eden, (Genesis 2:20-25, Genesis 3:13) without us knowing the difference between good and evil. Instead, Adam and Eve disobeyed God and were disciplined for their disobedience - they were forced out of the Garden of Eden. God still loved them as He gave them another lifestyle to live and live they did. Adam lived 930 years (Genesis 5:3-5) and his son Seth is the second person in the lineage of Jesus Christ (Luke 3:38). 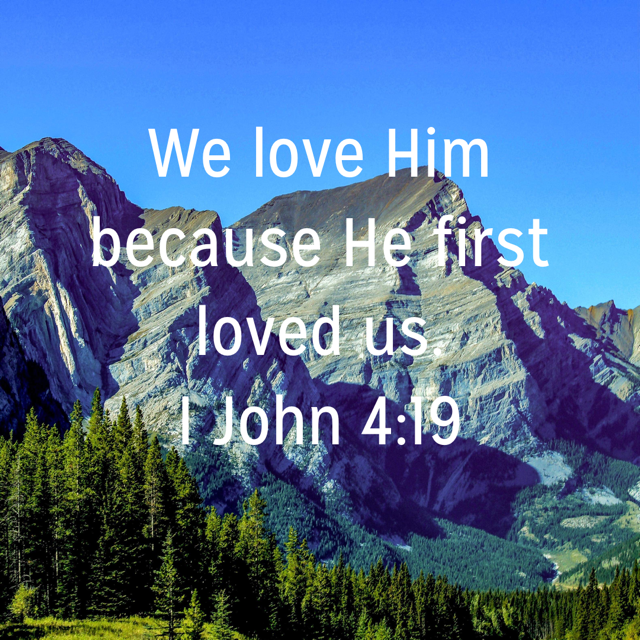 The Apostle Paul explains that God disciplines us because he loves us:

For the Lord disciplines the one he loves, and chastises every son whom he receives. It is for discipline that you have to endure. God is treating you as sons. For what son is there whom his father does not discipline? If you are left without discipline, in which all have participated, then you are illegitimate children and not sons. Besides this, we have had earthly fathers who disciplined us and we respected them. Shall we not much more be subject to the Father of spirits and live? For they disciplined us for a short time as it seemed best to them, but he disciplines us for our good, that we may share his holiness. For the moment all discipline seems painful rather than pleasant, but later it yields the peaceful fruit of righteousness to those who have been trained by it (Hebrews 12:6-11 ESV).

If we want to be God's legitimate sons and daughters, we must accept this discipline for our good, the same way when we discipline our own children for their good. The author of Hebrews goes deeper than "for our good" in this scripture. He details that God does this so:

Seven of the most important words in the scripture above are "to those who have been trained by it". In other words if we don't learn from the discipline i.e. we don't change the way we are being, we miss out on sharing His holiness and being able to yield the peaceable fruit of righteousness. 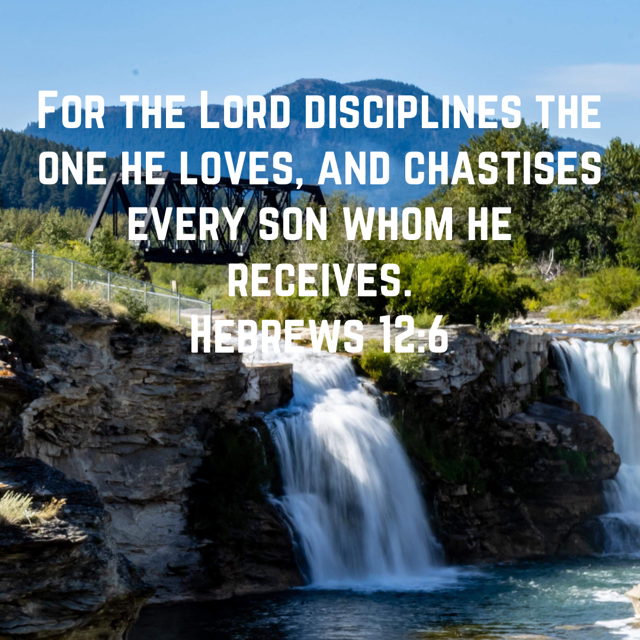 A great Biblical example of not being trained comes from the entire Book of Judges. Over a period of approximately 400 years, the nation of Israel backslid time and time again. Each time the Lord heard their cry of affliction and then saved them from their enemies only to see them return to the same backslidden condition. The writer of Judges used the phrase "doing evil in the sight of the Lord" six times - Judges 3:7; Judges 3:12; Judges 4:1; Judges 6:1; Judges 10:6; Judges 13:1) to describe their backslidden state. God's love is unfailing and He is faithful (Psalm 36:5 NLT). Six times they were in servitude and six times God delivered them. Amazingly enough though, when Samuel became the judge, they rejected God's sovereignty once again and asked for a king to rule over them:

And the LORD said unto Samuel, Hearken unto the voice of the people in all that they say unto thee: for they have not rejected thee, but they have rejected me, that I should not reign over them (1 Samuel 8:7).

Instead of doing the will of God, they blamed God for their condition. How many times must we be disciplined before we accept God's love? 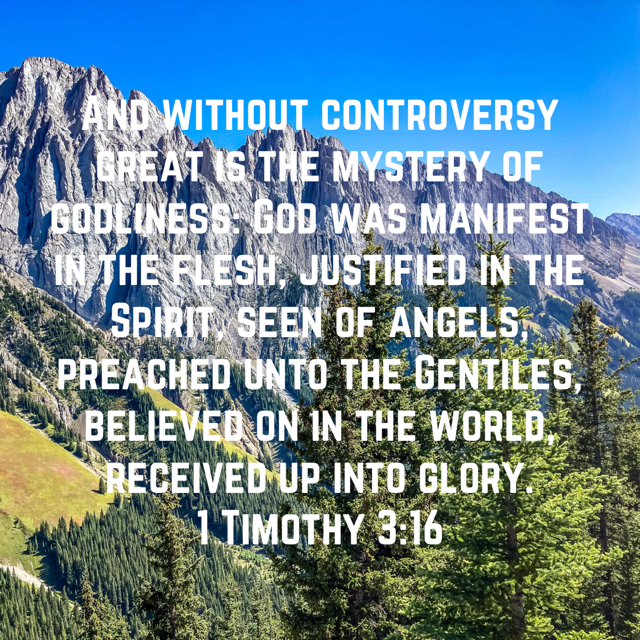 The nation of Israel never accepted God's love in the Old Testament. Then as prophesied over and over again, God manifested Himself in the flesh as Jesus Christ:

Of course we know what happened! They rejected God again by crucifying Him on the cross and burying Him in a tomb. They thought it was over but Jesus robbed the grave, and was resurrected to life giving not only the Jews, but the Gentiles as well, the Gospel of Jesus Christ to obey and to be born again into a new life.

Jesus' death on the cross is the ultimate expression of God's love. Instead of disciplining the sinful world, He turned the table, He took on all the sins of mankind and disciplined Himself, giving us the opportunity to be saved and to spend eternity with Him.


From God's Love to Crucifixion of Jesus Christ

From God's Love to God is Love

From God's Love to Jesus is God