Jehovah God, the I AM of the Old Testament became Jesus Christ, the supreme ruling authority of the universe, having the full identity of "the Almighty" (Revelation 1:8). The holiness, deity, and purpose of Jesus' life are declared in the seven I AM’s recorded in John's Gospel. As the light of this world, Jesus dispelled the darkness of sin and restored the vision of mankind's purpose.

The I AM Before Abraham

There is one absolute, supreme ruling authority over the entire universe. We know this authority as God, who is pure Spirit:

Without a beginning or an ending, God defies human comprehension outside of the Bible. Without using the Bible and without having faith in God, mankind has failed miserably attempting to understand Him. But through faith and by using the Bible we learn about the I AM's attributes and the purposes for which He created mankind, and that He is absolute deity, His existence is perpetual, and He transcends time: 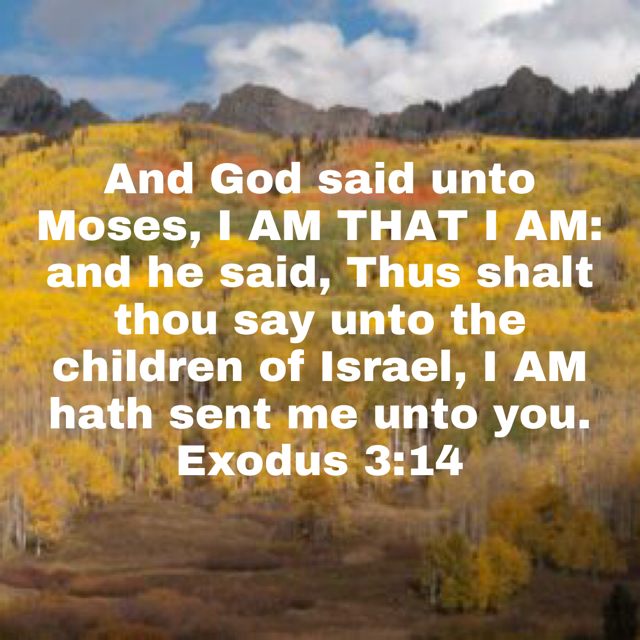 Abraham Was the Father of the Jews

At the time of Jesus' earthly life, the Jews placed great importance on the fact that they could trace their genealogy back to Abraham. A dialog that took place between Jesus and the Pharisees demonstrates that fact (John 8:38-47). However Jesus traced His lineage to His heavenly Father, who was before Abraham.

The man Christ Jesus as a human was not born until Bethlehem; His mother Mary conceived Jesus by the Holy Spirit (Matthew 1:18, 20). Because He was the fullness of God manifested in the flesh (1 Timothy 3:16, John1.1,14), He could rightly say that His existence transcended that of Abraham. His flesh did not precede Abraham, but His Spirit did. Indeed, Jesus stated:

Have I been so long time with you, and yet hast thou not known me, Philip? he that hath seen me hath seen the Father; and how sayest thou then, Shew us the Father (John 14:9)?

The Bible clearly states that He was the visible expression of the invisible God (Colossians 1:15). Thus He was fully qualified to declare himself as the I AM, although His chronological age was less than fifty years (John 8:57-58). 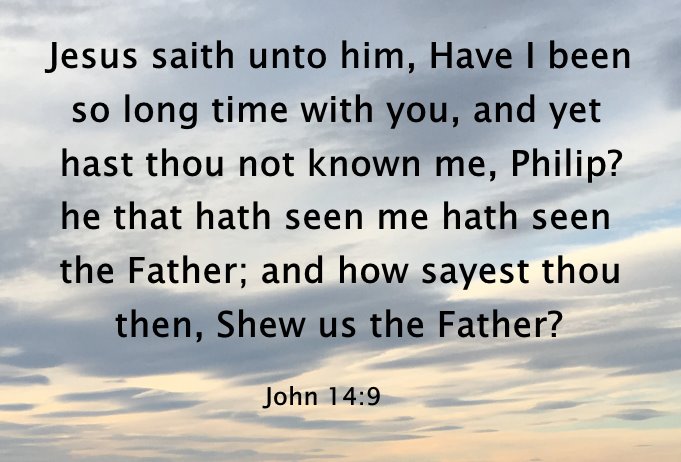 God's Children are Identified by Their Works

By the Pharisees statements in John 8:1-59, it is clear that they believed that they were the children of God because they were of the natural lineage of Abraham. However, the statements of Jesus revealed that the true children of God were not those that were Abraham's natural descendants, but those whose works duplicated those of Abraham (John 8:39).

How can a person who lives under the new covenant "do the works of Abraham". According to the Apostle Paul, a true "son of Abraham" will exhibit the same kind of faith as did Abraham, and he will have inner qualities of the heart and spirit that make him a son of Abraham (Romans 2:28-29; Galatians 3:7-9).

Works of God Are Declared in the I AM'S

Whenever God gave a command to Abraham, he obeyed. Whether it was a command to leave his country (Genesis 12:4), to circumcise all the male children of his household (Genesis 17:23), or to sacrifice his son Isaac as a burnt offering (Genesis 22:2,3), Abraham was always willing to comply. The Jews who sought to kill Jesus, however, were not of the spirit of Abraham, serving instead their own lusts and doing the works of the devil instead of the works of God:

Ye are of your father the devil, and the lusts of your father ye will do. He was a murderer from the beginning, and abode not in the truth, because there is no truth in him. When he speaketh a lie, he speaketh of his own: for he is a liar, and the father of it (John 8:44).

The Seven I AM's of John

The Gospel of Jesus Christ, the death, burial, and resurrection of Jesus (1 Corinthians 15:1-4) that inaugurated a New Covenant and identified God's children as those who repented from sin, were baptized in the name of Jesus Christ for the remission of sins and received the gift of the Holy Ghost (Acts 2:38).

Within the context of the new covenant, Jesus fulfilled the role of Jehovah-Jireh as the provider of the needs of His people particularly, but not exclusively to eternal life. The knowledge of Jesus Christ provides us with "exceeding great and precious promises" regarding the present world and the world to come (2 Peter 1:4). The Gospel According to John contains Jesus' declarations regarding His nature as the I AM who supplies all the needs of believers today.

I am the living bread which came down from Heaven (John 6:51).

Jesus often used allegory or comparisons with nature as a means to demonstrate a particular spiritual principle, and with this statement He asserted that His death, burial, and resurrection would feed the spiritual man like natural bread feeds the body. He proclaimed, 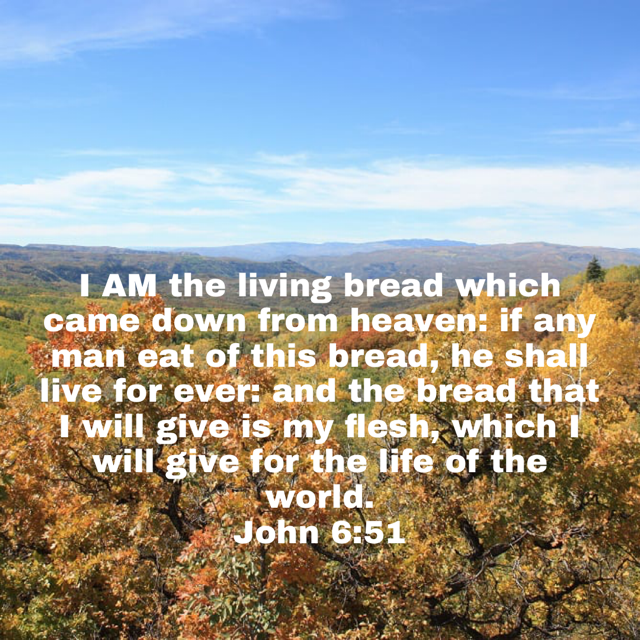 Receiving His words by faith into our spirit will provide for the health of our soul, that part of us that will not die. We obtain and maintain spiritual health by allowing the truths of God to become part of our spiritual being. By so doing, we take on His holiness in our hearts, which sustains us for His purpose.

I am the light of the world: he that followeth me shall not walk in darkness, but shall have the light of life (John 8:12),

He meant that His words would illuminate our paths. By this light, mankind could find a sense of identity, purpose, and destiny. It was for this purpose that Jesus gave himself to mankind. 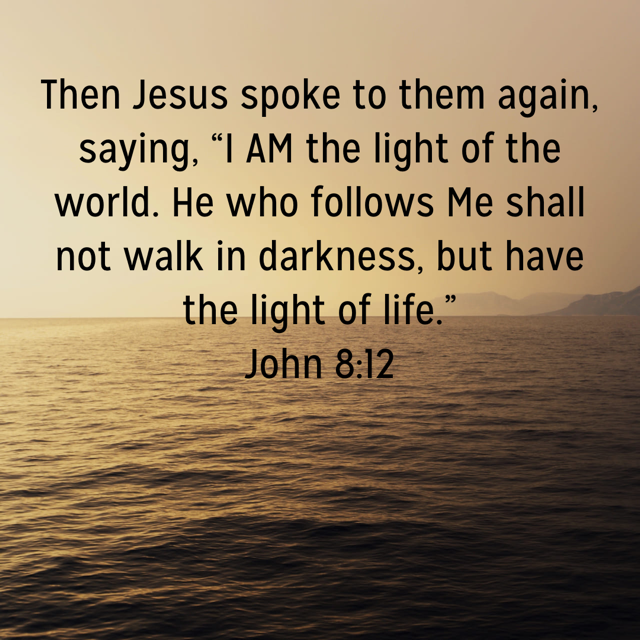 The name of the LORD is a strong tower: the righteous runneth into it, and is safe (Proverbs 18:10).

There is only one way to enter into this tower and that is through the door:

The Apostle Paul wrote to the Romans,

There is therefore now no condemnation to them which are in Christ Jesus, who walk not after the flesh, but after the Spirit" (Romans 8:1).

To be "in Christ Jesus", is to abide in a relationship with God wherein we are free of condemnation of the Law of Moses and we are "saved" or "justified". To enter into this relationship is to go through the "door" that God provided for mankind's redemption when He manifested himself in the flesh (1 Timothy 3:16) as Jesus Christ. This "door" is the only way we can partake of God's holiness, because the door itself is holy. 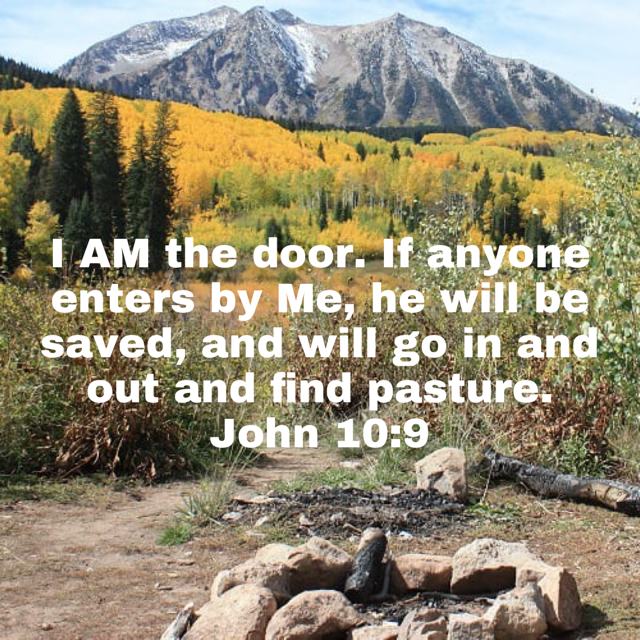 And as the shepherd of the souls of His people, Jesus knows how to lead us in paths of righteousness. Not only does He lead us into "green pastures" through His Word, but He also chastens us (Hebrews 12:6-8). Sometimes this chastening (which is God's love for us) comes through affliction; at other times it comes because He allows us to choose a wrong path in life and learn tough lessons through experience. The purpose of such chastening is both to preserve and refine us spiritually - preserved from destruction from the enemy and refined for more effective service. 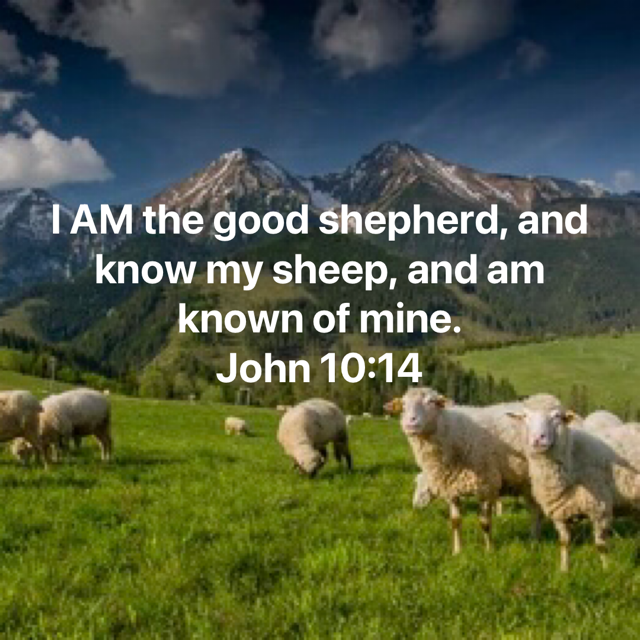 5.  The Resurrection and the Life

I am the resurrection, and the life: he that believeth in me, though he were dead, yet shall he live (John 11:25).

Since its inception on the day of Pentecost (Acts 2:1), the church's hope has been to inherit eternal life and to rule and reign with Christ in the world to come. The writer of Hebrews penned these familiar words:

Throughout the ages, the people of God have anticipated an age beyond the present life in which God would reward all those who were faithful to Him. Jesus said that being "born again" is the sole means by which man shall spend eternity in the Kingdom of God (John 3:3-5). Through this unseen faith, Christians are obedient to the Gospel of Jesus Christ so that they will experience resurrection from death and obtain this eventual but certain inheritance. Jesus fulfilled His purpose when He provided for mankind's redemption all the way through to the Resurrection. He triumphed through His holy purpose. 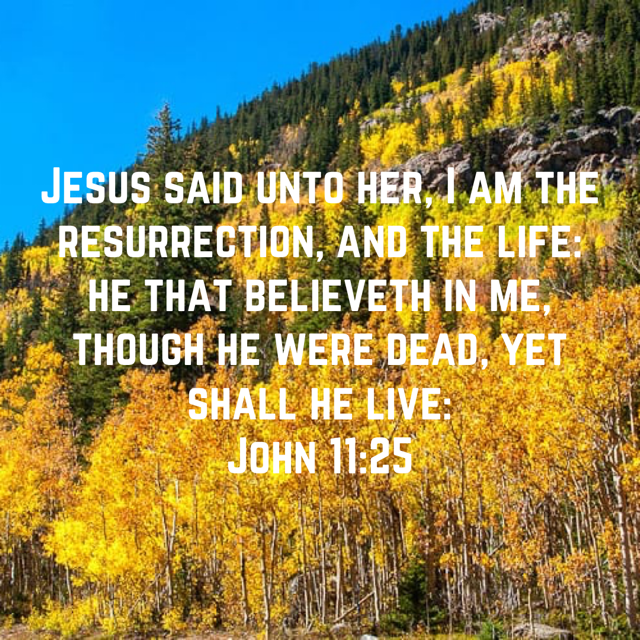 He made it clear that He is the only provision of God for the redemption of mankind. By striving to be like Him, we become an extension of His ministry to the lost people of this present generation. According to the full context of the Bible, we could accurately say that true Biblical holiness is not just conformity to criteria of outward "standards". Holiness is also an inner attitude of surrender of the heart to the will of God that translates into behavioral transformation in every aspect of an individual's life 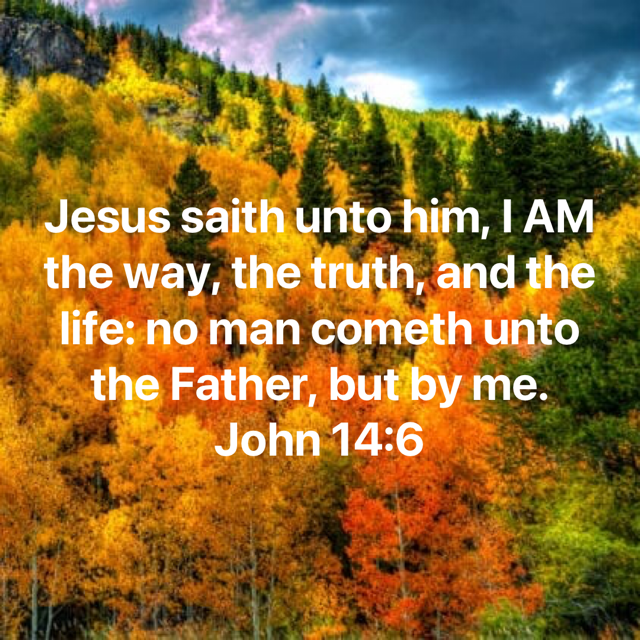 This is another allegorical statement that Jesus made where He used illustrations from nature to demonstrate a specific spiritual principle. In this instance, Jesus was conveying the concept that by adhering to His teachings and by seeking to win the lost, His disciples would have fellowship with Him and participate in His ministry.

Furthermore, His Spirit would anoint their ministry and would supernaturally empower them to preach the Gospel. Inasmuch as every child of God is a member of the body of Christ, this principle still applies some 2,000 years later. Thus the believer has fellowship with Him and is an extension of His ministry. 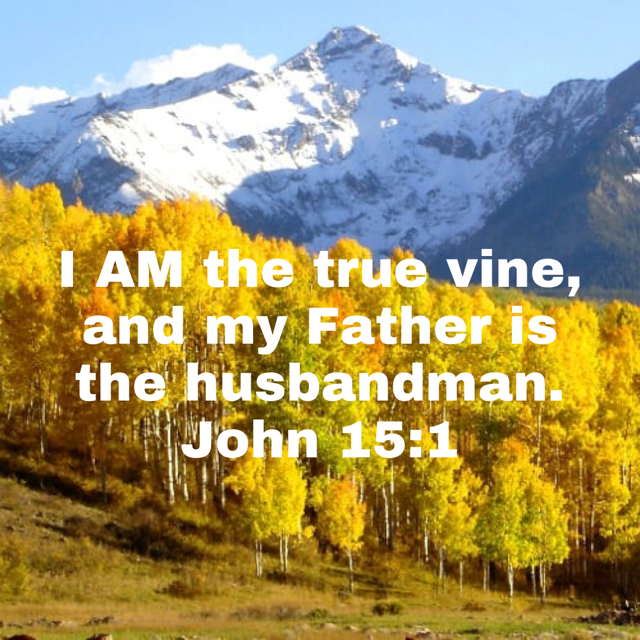 By virtue of the Incarnation, Jesus was the visible or earthly manifestation of the eternal I AM. This is the I AM that confronted the Pharisees who had caught a woman in the act of adultery. This woman typifies fallen mankind, representing every person who has ever lived. It was precisely at this point that we saw an aspect of the I AM that had been previously unknown. Jesus' intervention clearly revealed the mercy of God when He, with a few simple words, caused the crowd to realize they were no better than the adulterous woman. His refusal to pronounce judgment on her prefigured the mercy of God that He extends to mankind today through His death, burial, and resurrection.

Finding God's mercy and taking advantage of the opportunity of  repentance constitute a turning point that establishes new direction of life. He is the forgiver of sin and the restorer of virtue. As the I AM, Jesus was - and is - the solution for sin long before Abraham or Adam. The opportunity of repentance and remission (forgiveness) of sins defines the mercy of God for mankind in general, giving us a chance to serve God with all of our hearts.


From I AM to Bible Studies

From I AM to Jesus is God

From I AM to Jesus Christ