Who are you Lord?

On the road to Damascus, Saul (Apostle Paul) said "Who are you Lord?" (Acts 9:4 ESV) when he heard a voice saying "Saul, Saul, why are you persecuting me?"(Acts 9:5 ESV ). Saul, a Jew must have been astounded when he heard the response:

He must have understood immediately that Jesus was Jehovah God of the Old Testament. Why do I say that? Because Jews are monotheistic, they know there is only One God and that God is One:

Kyrios  (G2962) is the Greek word used for Lord in Acts 9:5. Strong's definition of Kyrios is, in this case, the "title given to God, the Messiah". Vine's Expository Dictionary adds to this definition: "kyrios is the Septuagint and New Testament representative of Hebrew Jehovah ('Lord' in English versions), see Matthew 4:7; James 5:11, e.g., of adon, Lord, Matthew 22:44 , and of Adonay, Lord, Matthew 1:22 ; it also occurs for Elohim, God, 1 Peter 1:25." Vines entire description of Lord can be found here. Vine explains that kyrios is "peculiar to the Jews and drawn from the Greek translation of the Old Testament" 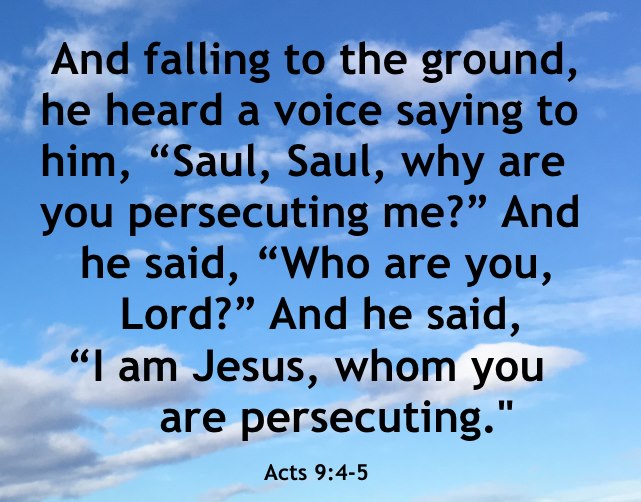 Other Scriptures where Jesus says He is Lord

Jesus uses "kyrios" to describe Himself elsewhere in the Bible:

Not everyone who says to me, ‘Lord, Lord,’ will enter the kingdom of heaven, but the one who does the will of my Father who is in heaven (Matthew 7:21 ESV).

And he did not permit him but said to him, “Go home to your friends and tell them how much the Lord has done for you, and how he has had mercy on you.” (Mark 5:19 ESV).

So the question then is "if Jesus says that He is Jehovah, why do people insist that Jesus is not God"?  He said it from heaven (Acts 9:5) and He said it while He walked on earth (as we just read in the three scriptures directly above). I believe the answer is quite simple! They do not understand what the Son of God means.

Meaning of Son of God

Jesus was not only kyrios, Jehovah, He also was fully man. God is a Spirit (John 4:24), therefore, He had no blood to shed. He had to robe Himself in flesh to become the sacrificial lamb. 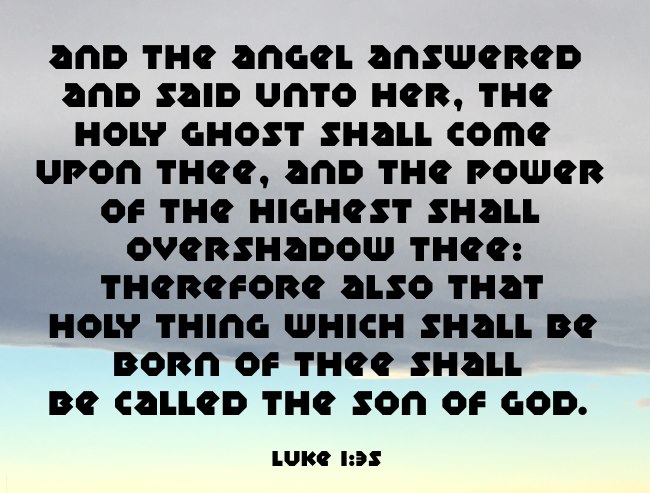 Before He was born, the title of Son was not required. Since Jesus was fully human, the titles of the Father and the Holy Ghost only described the deity of Jesus Christ, but not His humanity. So God needed a title that described His humanity as well as His deity, thus the Sonship came into being the moment Jesus was begotten. The Son of God describes this "holy thing" that was born of Mary (Luke 1:35).

Are there two Gods?

Instead of understanding that Son of God is the title God took on to describe Himself as fully God and fully human, there are many people and denominations that think there are two Gods? They believe God sent His little boy to be crucified, instead of coming Himself. So they end up with two Gods, God senior and God junior, or big God and little God.

So why is this? Without knowing and accepting that Jesus was fully human and fully God, they fully misunderstand scripture. Here are some examples:

When Saul asked "Who are you Lord", and got His answer that He was Jesus, Saul knew immediately that Jesus is God. Why? Because there is only One God and no other God beside Him (Isaiah 46:9, Mark 12:29). He never changed His mind when He came to earth, telling us from now on you will have two Gods to serve and obey, Jehovah first and then me, Jesus. When Jesus prayed in the scriptures given above, it was His humanity praying to His deity. God junior wasn't praying to God senior. The Jews knew what Jesus was claiming and that is why they wanted to kill Him as we see in John 5:18. 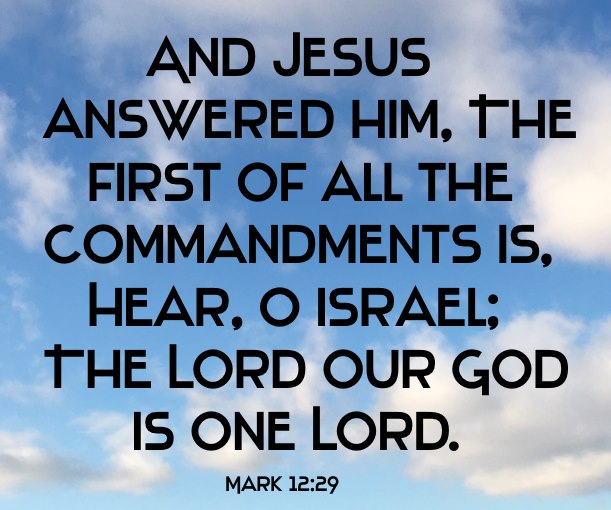 Does the Trinity explain "Who are you Lord?"

The Trinitarian theology was invented in the fourth century as a way to placate both Christians and pagans by integrating them into one religion.  This was perpetrated by King Constantine when he merged God and state into the Roman Catholic Empire at the First Council of Nicaea in 325 AD. This non-Biblical doctrine was finalized as the Athanasian Creed sometime in the fifth century.

Oh yes, Trinitarians like to say that Jesus is God, but what they mean is that there are three persons in the Godhead; God the Father, God the Son and God the Holy Spirit, and they are co-equal an co-eternal. Problem is though that nowhere in scripture does it say there is a Trinity of persons in the Godhead. They like to say things like "dah, 1 + 1 +1 = 3". Using that kind of logic they have been trying to force feed the Trinity into the Bible since 325 AD.

The one sure sign that Trinitarians do not believe that Jesus is God is that they baptize in the name of the Father, The Son and the Holy Ghost instead of baptizing in the name of Jesus Christ. There wasn't one lost soul baptized in the Bible using the Trinitarian formula.

So the answer to the original question, does the Trinity explain "Who are you Lord?" is absolutely and emphatically "No"!

For more on the false doctrine of the Trinity, refer to these pages:


From Who are you Lord? to One God

From Who are you Lord? to In the Name of Jesus

From Who are you Lord? to Obeying the Gospel

From Who are you Lord? to The Narrow Gate