"Seemingly foolish but in fact extremely cunning. If you say, 'He's crazy like a fox', you are saying that person is smart and can outwit other people. The image I get is that the actions of a fox appear a little crazy but he is in fact acting in a brilliant manner to save himself." [The Phrase Finder]

After Jonathon warned David to flee from his father, King Saul (1 Samuel 20:42), David went to Ahimelech the priest at Nob. He obtained "showbread" for food (1 Samuel 21:6 NKJV). He discovered that Goliath's sword was there (1 Samuel 21:9 NKJV), the same sword that he used to cut Goliath's head off.  He took the sword and fled to King Achish of Gath (1 Samuel 21:10 NKJV). Gath was the home of Goliath (1 Samuel 17:4). None of this makes any sense unless you are crazy like a fox.

Is this not David the king of the land? Did they not sing of him to one another in dances, saying: ‘Saul has slain his thousands, And David his ten thousands’ (1 Samuel 21:11 NKJV).

David quickly recognized what might happen (1 Samuel 21:12) so he changed his behavior and pretended that he was mad (1 Samuel 21:13 NKJV). Achish drove him away from his house because he thought David was insane (1 Samuel 21:14-15 NKJV) and David then departed Gath and went to the cave of Adullam (1 Samuel 22:1 NKJV).

Crazy as a fox David escaped from that possible peril by acting mad. David wrote Psalm 34 about this experience. 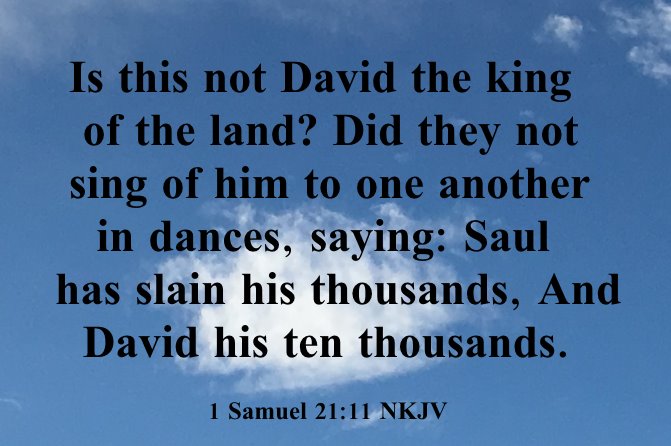 1 I will bless the Lord at all times;
His praise shall continually be in my mouth.

2 My soul shall make its boast in the Lord;
The humble shall hear of it and be glad.

3 Oh, magnify the Lord with me,
And let us exalt His name together.

4 I sought the Lord, and He heard me,
And delivered me from all my fears.

5 They looked to Him and were radiant,
And their faces were not ashamed.

6 This poor man cried out, and the Lord heard him,
And saved him out of all his troubles.

7 The angel of the Lord encamps all around those who fear Him,
And delivers them.

8 Oh, taste and see that the Lord is good;
Blessed is the man who trusts in Him!

9 Oh, fear the Lord, you His saints!
There is no want to those who fear Him.

10 The young lions lack and suffer hunger;
But those who seek the Lord shall not lack any good thing.

11 Come, you children, listen to me;
I will teach you the fear of the Lord.

12 Who is the man who desires life,
And loves many days, that he may see good?

13 Keep your tongue from evil,
And your lips from speaking deceit.

14 Depart from evil and do good;
Seek peace and pursue it.

15 The eyes of the Lord are on the righteous,
And His ears are open to their cry.

16 The face of the Lord is against those who do evil,
To cut off the remembrance of them from the earth.

17 The righteous cry out, and the Lord hears,
And delivers them out of all their troubles.

18 The Lord is near to those who have a broken heart,
And saves such as have a contrite spirit.

19 Many are the afflictions of the righteous,
But the Lord delivers him out of them all.

20 He guards all his bones;
Not one of them is broken.

21 Evil shall slay the wicked,
And those who hate the righteous shall be condemned.

22 The Lord redeems the soul of His servants,
And none of those who trust in Him shall be condemned. 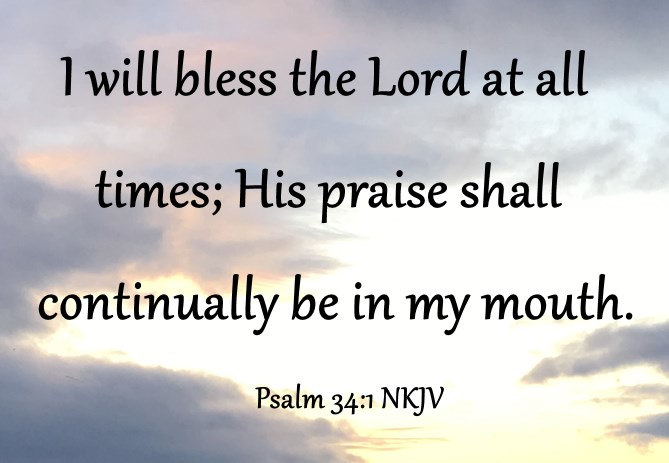 Psalm 34 tells us the attributes of a crazy like a fox saint. He/she:

The world will think that we are crazy when they hear or see these attributes in us that come from the One and Only God, the God that is One, our Savior, Jesus Christ. What they will never know is that we are "crazy like a fox".

From Crazy like a Fox to Trust in God