This description of Elisha is from Easton's Bible Study.

Elisha : God his salvation, the son of Shaphat of Abel-meholah, who became the attendant and disciple of Elijah (1 Kings 19:16-19). His name first occurs in the command given to Elijah to anoint him as his successor (1 Kings 19:16). This was the only one of the three commands then given to Elijah which he accomplished. On his way from Sinai to Damascus he found Elisha at his native place engaged in the labours of the field, ploughing with twelve yoke of oxen. He went over to him, threw over his shoulders his rough mantle, and at once adopted him as a son, and invested him with the prophetical office (comp. Luke 9:61,62). Elisha accepted the call thus given (about four years before the death of Ahab), and for some seven or eight years became the close attendant on Elijah till he was parted from him and taken up into heaven. During all these years we hear nothing of Elisha except in connection with the closing scenes of Elijah's life.

After Elijah, Elisha was accepted as the leader of the sons of the prophets, and became noted in Israel. He possessed, according to his own request, "a double portion" of Elijah's spirit (2 Kings 2:9); and for the long period of about sixty years (B.C. 892-832) held the office of "prophet in Israel" (2 Kings 5:8). 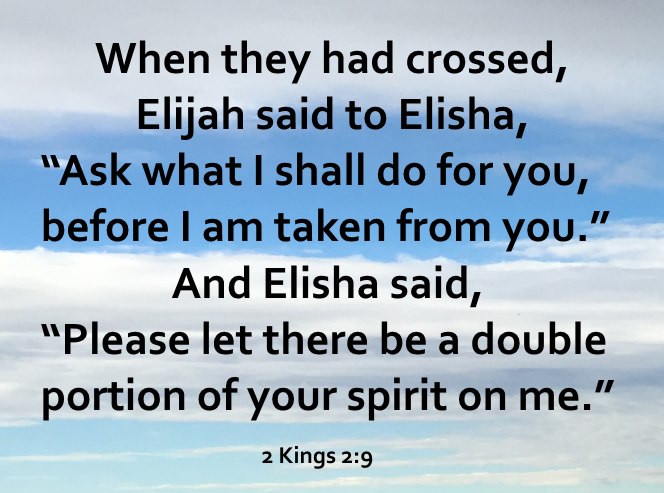 After Elijah's departure, Elisha returned to Jericho, and there healed the spring of water by casting salt into it (2 Kings 2:21). We next find him at Bethel (2 Kings 2:23), where, with the sternness of his master, he cursed the youths who came out and scoffed at him as a prophet of God: "Go up, thou bald head." The judgment at once took effect, and God terribly visited the dishonour done to his prophet as dishonour done to himself. We next read of his predicting a fall of rain when the army of Jehoram was faint from thirst (2 Kings 3:9-20); of the multiplying of the poor widow's cruse of oil (2 Kings 4:1-7); the miracle of restoring to life the son of the woman of Shunem (2 Kings 4:18-37); the multiplication of the twenty loaves of new barley into a sufficient supply for an hundred men (2 Kings 4:42-44); of the cure of Naaman the Syrian of his leprosy (2 Kings 5:1-27); of the punishment of Gehazi for his falsehood and his covetousness; of the recovery of the axe lost in the waters of the Jordan (2 Kings 6:1-7); of the miracle at Dothan, half-way on the road between Samaria and Jezreel; of the siege of Samaria by the king of Syria, and of the terrible sufferings of the people in connection with it, and Elisha's prophecy as to the relief that would come (2 Kings 6:24-7:2). 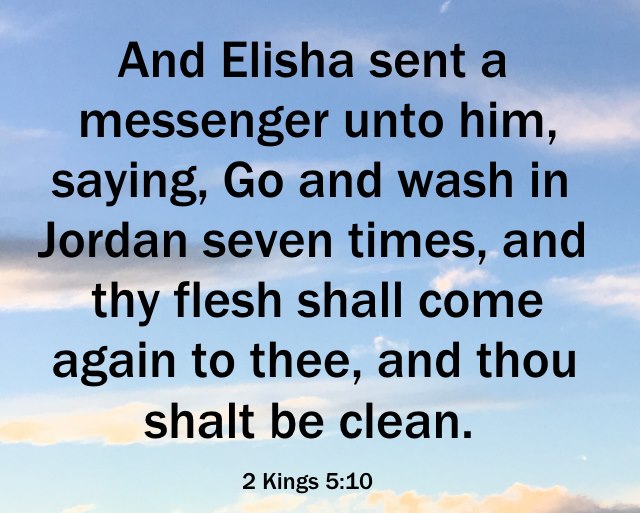 We then find Elisha at Damascus, to carry out the command given to his master to anoint Hazael king over Syria (2 Kings 8:7-15); thereafter he directs one of the sons of the prophets to anoint Jehu, the son of Jehoshaphat, king of Israel, instead of Ahab. Thus the three commands given to Elijah (2 Kings 9:1-10) were at length carried out.

We do not again read of him till we find him on his death-bed in his own house (2 Kings 13:14-19). Joash, the grandson of Jehu, comes to mourn over his approaching departure, and utters the same words as those of Elisha when Elijah was taken away: "My father, my father! the chariot of Israel, and the horsemen thereof."

Afterwards when a dead body is laid in Elisha's grave a year after his burial, no sooner does it touch the hallowed remains than the man "revived, and stood up on his feet" (2 Kings 13:20-21).


From Elisha to Elijah

From Elisha to Baptism in the Name of Jesus Christ

From Elisha to Born Again