"Bible, the English form of the Greek name Biblia, meaning "books," the name which in the fifth century began to be given to the entire collection of sacred books, the "Library of Divine Revelation." The name Bible was adopted by Wickliffe, and came gradually into use in our English language. The Bible consists of sixty-six different books, composed by many different writers, in three different languages, under different circumstances; writers of almost every social rank, statesmen and peasants, kings, herdsmen, fishermen, priests, tax-gatherers, tentmakers; educated and uneducated, Jews and Gentiles; most of them unknown to each other, and writing at various periods during the space of about 1600 years: and yet, after all, it is only one book dealing with only one subject in its numberless aspects and relations, the subject of man's redemption. 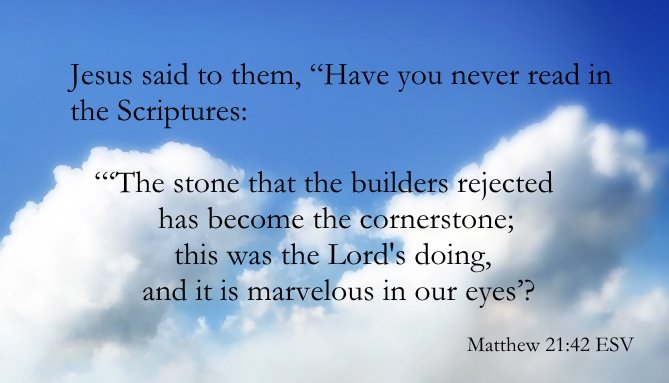 The Old Testament is divided into three parts: 1. The Law (Torah), consisting of the Pentateuch, or five books of Moses. 2. The Prophets, consisting of (1) the former, namely, Joshua, Judges, the Books of Samuel, and the Books of Kings; (2) the latter, namely, the greater prophets, Isaiah, Jeremiah, and Ezekiel, and the twelve minor prophets. 3. The Hagiographa, or holy writings, including the rest of the books. These were ranked in three divisions:, (1) The Psalms, Proverbs, and Job, distinguished by the Hebrew name, a word formed of the initial letters of these books, emeth , meaning truth. (2) Canticles, Ruth, Lamentations, Ecclesiastes, and Esther, called the five rolls, as being written for the synagogue use on five separate rolls. (3) Daniel, Ezra, Nehemiah, and 1 and 2 Chronicles. Between the Old and the New Testament no addition was made to the revelation God had already given. The period of New Testament revelation, extending over a century, began with the appearance of John the Baptist.

The New Testament consists of (1) the historical books, viz., the Gospels, and the Acts of the Apostles; (2) the Epistles; and (3) the book of prophecy, the Revelation.

The division of the Bible into chapters and verses is altogether of human invention, designed to facilitate reference to it. The ancient Jews divided the Old Testament into certain sections for use in the synagogue service, and then at a later period, in the ninth century A.D., into verses. Our modern system of chapters for all the books of the Bible was introduced by Cardinal Hugo about the middle of the thirteenth century (he died 1263). The system of verses for the New Testament was introduced by Stephens in 1551, and generally adopted, although neither Tyndale's nor Coverdale's English translation of the Bible has verses. The division is not always wisely made, yet it is very useful."


From Holy Bible to Bible Truth

From Holy Bible to Bible Studies

From Holy Bible to Bible Lessons