Any root of bitterness within us will cause us to fail the grace of God, keeping us from spending eternity with Him. The author of Hebrews explains this:

Pursue peace with all people, and holiness, without which no one will see the Lord: looking carefully lest anyone fall short of the grace of God; lest any root of bitterness springing up cause trouble, and by this many become defiled (Hebrews 12:14-15).

In the succeeding verses, the author tells us that Esau didn't make it:

Lest there be any fornicator, or profane person, as Esau, who for one morsel of meat sold his birthright. For ye know how that afterward, when he would have inherited the blessing, he was rejected: for he found no place of repentance, though he sought it carefully with tears (Hebrews 12:16-17).

Why did the author of Hebrews tie the root of bitterness to Esau? If you have never read the scripture where Jacob, his brother, beguiled Esau into losing his birthright and his blessing, please read Genesis 25:21-34, 27:1-46.

Esau displeased God when he sold his birthright to Jacob for a meal. Maybe Jacob asked too much for the meal but it was Esau who profaned God by accepting the offer that Jacob had made to satisfy Esau's flesh. Similarly, there will be many times in a Christian's life that our flesh will entice us to choose evil instead of good, causing us to profane the love of Christ and lead a life full of bitterness that will show up in many areas of our lives. This is exactly what happened when Esau married two Hittite women against his parents' wishes:

The Hittite women did not believe in the God of Israel. They were not acceptable life partners. We see in the New Testament, the Apostle Paul admonishing Christians not to have an unbeliever as a partner: 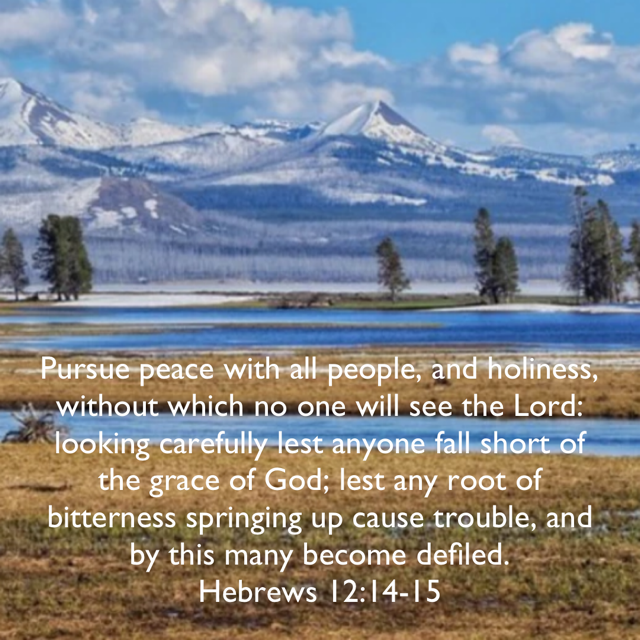 Justifying Bitterness will Lead us to Hell!

There are many times when believers will justify their bitterness. On the surface, it even makes sense because of what other people do or say to us. Those things can offend or hurt us to the core, mentally, physically, and spiritually. The problem is though, that without forgiveness, we can carry this unrepentant sin to the grave and to hell.

This is what happened to Esau. When Jacob received the blessing that was reserved for the eldest son, Jacob was in sin up to his ears. He lied, cheated and stole Esau's blessing. To put it mildly, I would have been upset too. I hope and pray though that I would not have wanted to kill the offender as did Esau:

And Esau hated Jacob because of the blessing wherewith his father blessed him: and Esau said in his heart, The days of mourning for my father are at hand; then will I slay my brother Jacob (Genesis 27:41).

Isaac, Esau's father could see the bitterness in Esau's heart so he advised him to give it up:

You will live by your sword, and you will serve your brother. But when you decide to break free, you will shake his yoke from your neck (Genesis 27:40 NLT).

When we read the scripture about the re-union of Jacob and Esau, about twenty (Genesis 31:38) years later, we actually think that Esau forgave Jacob:

And Esau ran to meet him, and embraced him, and fell on his neck, and kissed him: and they wept (Genesis 33:4).

I heard some preaching recently that explains that Esau did not actually forgive Jacob with this kiss. In the Torah, there is a line of dots over the word "and kissed him"  and that the line of dots means that this was not a true kiss. (Go here to read more about the kiss with the dots and the Jewish interpretation.) We see this in everyday life as well. Have you ever received a big hug from somebody and then only to find out later it was not authentic because behind your back they were spreading malicious lies and rumors about you? 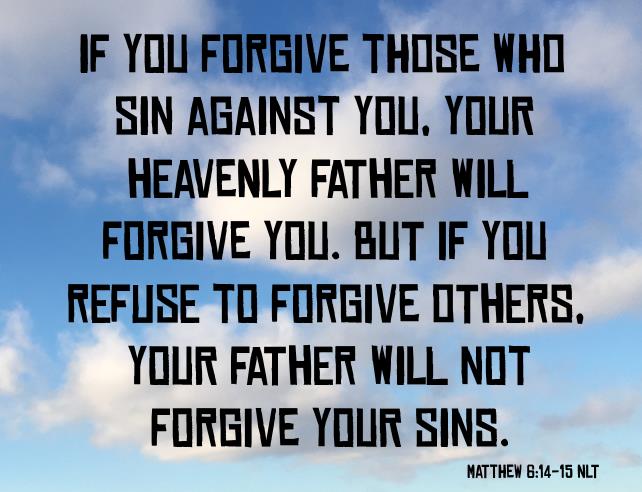 Bitterness can be passed down from generation to generation.

Bitterness and hatred can be passed down from generation to generation. A relatively modern example is the Hatfields and the McCoys. This account says that the feud lasted some 150 years.

In the case of Esau, the bitterness was passed down from generation to generation for over 1000 years. Esau's grandson was Amalek (Genesis 36:12), the father of the Amalekites, and dire enemies of Israel. Israel was at war with the Amalekites until the days of King Hezekiah when the last of the Amalekites were slain (1 Chronicles 4:41-43).

No Forgiveness - No Heaven

Jesus is very clear that forgiving people that have sinned against us is absolutely necessary if we want Him to forgive us:

If you forgive those who sin against you, your heavenly Father will forgive you. But if you refuse to forgive others, your Father will not forgive your sins (Matthew 6:14-15 NLT).

Can you imagine where the world would be today if Jesus was bitter towards those that crucified Him? He could have easily justified His bitterness, but He didn't. In the suffering of His humanity, He asked His divinity to forgive them:

and that is exactly what He did on the day of Pentecost when He poured out the Holy Ghost on all of humanity:

Throughout the Book of Acts, God continued to pour out His Spirit on both Jews and Gentiles, and He has continued that over the last two thousand years unto all of those that truly believe.


From Root of Bitterness to Bible Lessons

From Root of Bitterness to the Gospel of Jesus Christ

From Root of Bitterness to Born Again