The Bible begins with the Creator and the Creation story in the Old Testament in the Book of Genesis:

In the beginning God created the heaven and the earth. And the earth was without form, and void; and darkness was upon the face of the deep. And the Spirit of God moved upon the face of the waters. And God said, Let there be light: and there was light. And God saw the light, that it was good: and God divided the light from the darkness. And God called the light Day, and the darkness he called Night. And the evening and the morning were the first day (Genesis 1:1-5).

The remaining verses about the first seven days of creation are found in Genesis 1:6-30, 2:1-3. 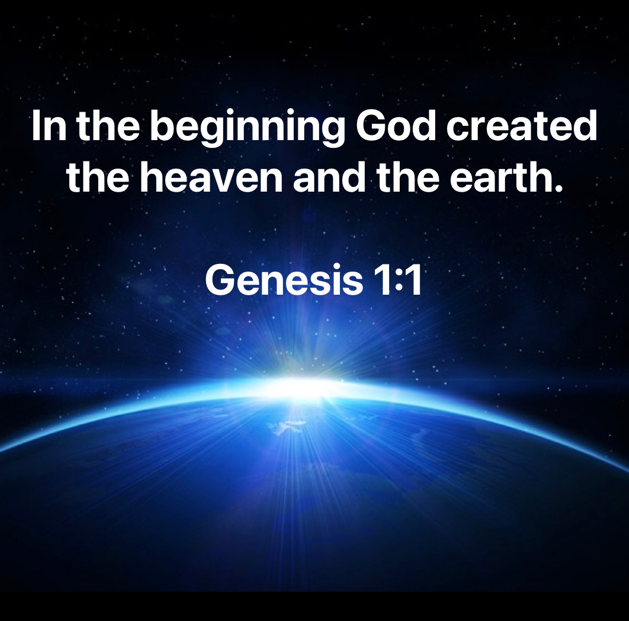 The Apostle John wrote about Creation and the Creator in the New Testament as well. He told us that the Creator became flesh and dwelt on this earth as the only begotten Son, Jesus Christ, full of grace and truth:

In the beginning was the Word, and the Word was with God, and the Word was God. The same was in the beginning with God. All things were made by him; and without him was not any thing made that was made. In him was life; and the life was the light of men. And the light shineth in darkness; and the darkness comprehended it not. (John 1:1-5) He was in the world, and the world was made by him, and the world knew him not (John 1:10). And the Word was made flesh, and dwelt among us, (and we beheld his glory, the glory as of the only begotten of the Father,) full of grace and truth (John 1:1-14).

Believing in what you just read can only happen through faith as the author of Hebrews wrote:

Through faith we understand that the worlds were framed by the word of God, so that things which are seen were not made of things which do appear (Hebrews 11:3). 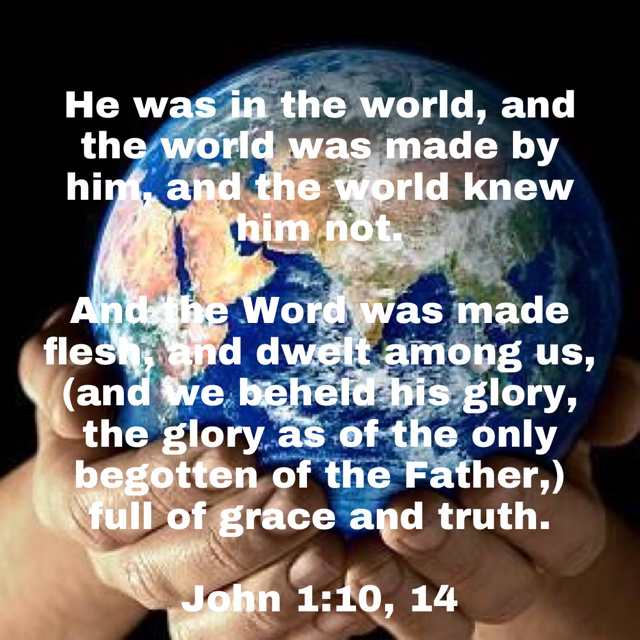 According to this Biblical timeline, His wonderful creation occurred around 4000 BC.

And the Lord God formed man of the dust of the ground, and breathed into his nostrils the breath of life; and man became a living soul. And the Lord God planted a garden eastward in Eden; and there he put the man whom he had formed. And out of the ground made the Lord God to grow every tree that is pleasant to the sight, and good for food; the tree of life also in the midst of the garden, and the tree of knowledge of good and evil (Genesis 2:8-9).

God used a rib of the man to make a woman:

And the Lord God caused a deep sleep to fall upon Adam, and he slept: and he took one of his ribs, and closed up the flesh instead thereof; And the rib, which the Lord God had taken from man, made he a woman, and brought her unto the man. And Adam said, This is now bone of my bones, and flesh of my flesh: she shall be called Woman, because she was taken out of man. Therefore shall a man leave his father and his mother, and shall cleave unto his wife: and they shall be one flesh. And they were both naked, the man and his wife, and were not ashamed (Genesis 2:22-25).

The next Bible study in this series is the Fall of Man!


From Creation to Bible Studies

From Creation to Jesus is God

From Creation to One God