This description of Deborah is from Easton's Bible Dictionary.

Deborah : a bee. A prophetess, "wife" (woman?) of Lapidoth. Jabin, the king of Hazor, had for twenty years held Israel in degrading subjection. The spirit of patriotism seemed crushed out of the nation. In this emergency Deborah roused the people from their lethargy. Her fame spread far and wide. She became a "mother in Israel" (Judges 4:6,14; 5:7), and "the children of Israel came up to her for judgment" as she sat in her tent under the palm tree "between Ramah and Bethel." Preparations were everywhere made by her direction for the great effort to throw off the yoke of bondage. 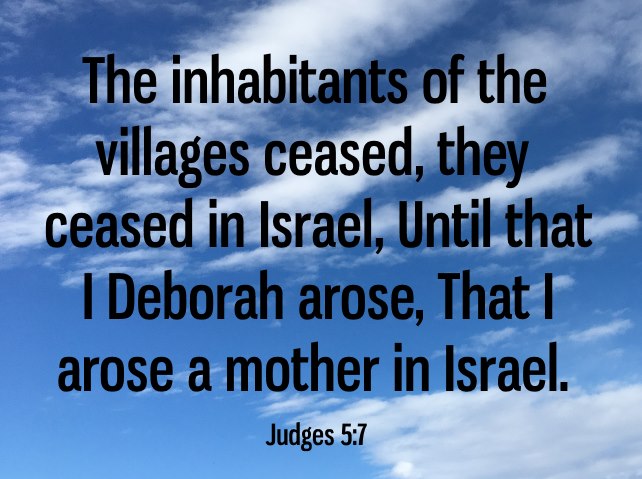 She summoned Barak from Kadesh to take the command of 10,000 men of Zebulun and Naphtali, and lead them to Mount Tabor on the plain of Esdraelon at its north-east end. With his aid she organized this army. She gave the signal for attack, and the Hebrew host rushed down impetuously upon the army of Jabin, which was commanded by Sisera, and gained a great and decisive victory. The Canaanitish army almost wholly perished. That was a great and ever-memorable day in Israel. In Judges 5 is given the grand triumphal ode, the "song of Deborah," which she wrote in grateful commemoration of that great deliverance.


From Deborah to Bible Studies

From Deborah to Book of Judges

From Deborah to Gospel of Jesus Christ