This description of Solomon is from Easton's Bible Dictionary

Solomon: peaceful, (Heb. Shelomoh), David's second son by Bathsheba, i.e., the first after their legal marriage (2 Samuel 12:1-31). He was probably born about B.C. 1035 (1 Chronicles 22:5; 29:1). He succeeded his father on the throne in early manhood, probably about sixteen or eighteen years of age. Nathan, to whom his education was intrusted, called him Jedidiah, i.e., "beloved of the Lord" (2 Samuel 12:24,25). He was the first king of Israel "born in the purple." His father chose him as his successor, passing over the claims of his elder sons: "Assuredly Solomon my son shall reign after me." His history is recorded in  1 Kings 1:1 - 11:43 and 2 Chronicles 1:1 - 9:31. His elevation to the throne took place before his father's death, and was hastened on mainly by Nathan and Bathsheba, in consequence of the rebellion of Adonijah (1 Kings 1:5-40). During his long reign of forty years the Hebrew monarchy gained its highest splendour. This period has well been called the "Augustan age" of the Jewish annals. The first half of his reign was, however, by far the brighter and more prosperous; the latter half was clouded by the idolatries into which he fell, mainly from his heathen intermarriages (1 Kings 11:1-8; 14:21,31).

Before his death David gave parting instructions to his son (1 Kings 2:1-9); 1 Chronicles 22:7-16;28). As soon as he had settled himself in his kingdom, and arranged the affairs of his extensive empire, he entered into an alliance with Egypt by the marriage of the daughter of Pharaoh (1 Kings 3:1), of whom, however, nothing further is recorded. He surrounded himself with all the luxuries and the external grandeur of an Eastern monarch, and his government prospered. He entered into an alliance with Hiram, king of Tyre, who in many ways greatly assisted him in his numerous undertakings. 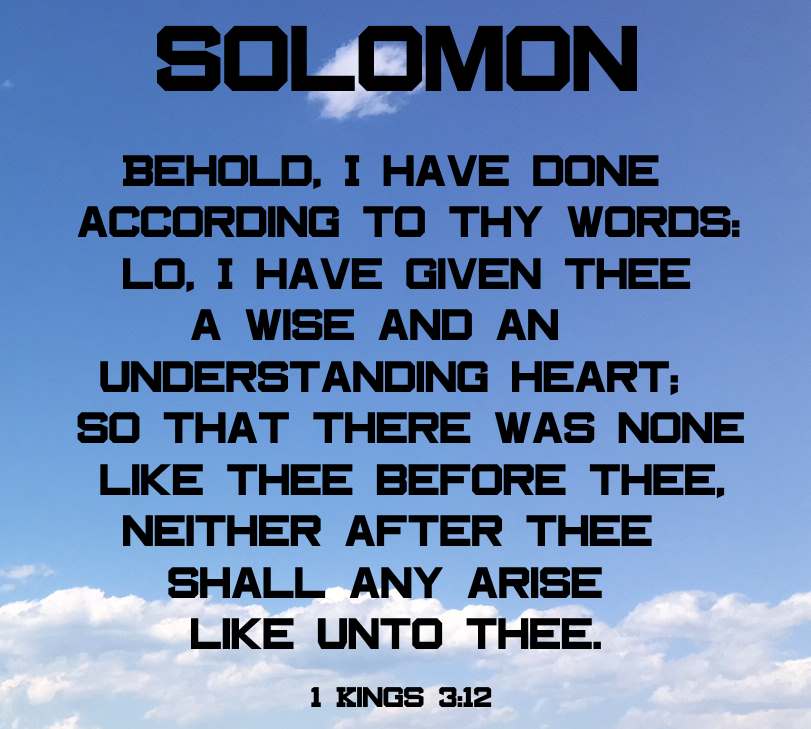 For some years before his death David was engaged in the active work of collecting materials (1 Chronicles 29:6-9; 2 Chronicles 2:3-7) for building a temple in Jerusalem as a permanent abode for the Ark of the Covenant. He was not permitted to build the house of God (1 Chronicles 22:8); that honour was reserved to his son Solomon.

After the completion of the temple, Solomon engaged in the erection of many other buildings of importance in Jerusalem and in other parts of his kingdom. For the long space of thirteen years he was engaged in the erection of a royal palace on Ophel (1 Kings 7:1-12). It was 100 cubits long, 50 broad, and 30 high. Its lofty roof was supported by forty-five cedar pillars, so that the hall was like a forest of cedar wood, and hence probably it received the name of "The House of the Forest of Lebanon." In front of this "house" was another building, which was called the Porch of Pillars, and in front of this again was the "Hall of Judgment," or Throne-room (1 Kings 7:7; 10:18-20; 2 Chronicles 9:17-19), "the King's Gate," where he administered justice and gave audience to his people. This palace was a building of great magnificence and beauty. A portion of it was set apart as the residence of the queen consort, the daughter of Pharaoh. From the palace there was a private staircase of red and scented sandal wood which led up to the temple.

Solomon also constructed great works for the purpose of securing a plentiful supply of water for the city (Ecclesiastes 2:4-6). He then built Millo (LXX., "Acra") for the defence of the city, completing a line of ramparts around it (1 Kings 9:15,24;11:27). He erected also many other fortifications for the defence of his kingdom at various points where it was exposed to the assault of enemies (1 Kings 9:15-19; 2 Chronicles 8:2-6). Among his great undertakings must also be mentioned the building of Tadmor (which see) in the wilderness as a commercial depot, as well as a military outpost. 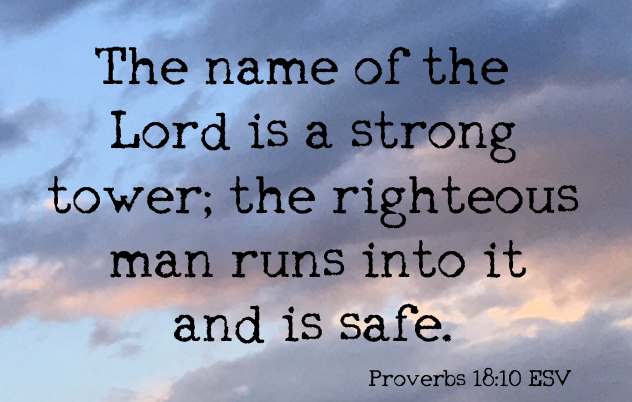 During his reign Palestine enjoyed great commercial prosperity. Extensive traffic was carried on by land with Tyre and Egypt and Arabia, and by sea with Spain and India and the coasts of Africa, by which Solomon accumulated vast stores of wealth and of the produce of all nations (1 Kings 9:26-28; 10:11,12; 2 Chronicles 8:17,18; 9:21). This was the "golden age" of Israel. The royal magnificence and splendour of Solomon's court were unrivaled. He had seven hundred wives and three hundred concubines, an evidence at once of his pride, his wealth, and his sensuality. The maintenance of his household involved immense expenditure. The provision required for one day was "thirty measures of fine flour, and threescore measures of meal, ten fat oxen, and twenty oxen out of the pastures, and an hundred sheep, beside harts, and roebucks, and fallow-deer, and fatted fowl" (1 Kings 4:22,23).

Solomon's reign was not only a period of great material prosperity, but was equally remarkable for its intellectual activity. He was the leader of his people also in this uprising amongst them of new intellectual life. "He spake three thousand proverbs: and his songs were a thousand and five. And he spake of trees, from the cedar tree that is in Lebanon even unto the hyssop that springeth out of the wall: he spake also of beasts, and of fowl, and of creeping things, and of fishes" (1 Kings 4:32,33).

His fame was spread abroad through all lands, and men came from far and near "to hear the wisdom of Solomon." Among others thus attracted to Jerusalem was "the queen of the south" (Matthew 12:42), the queen of Sheba, a country in Arabia Felix. "Deep, indeed, must have been her yearning, and great his fame, which induced a secluded Arabian queen to break through the immemorial custom of her dreamy land, and to put forth the energy required for braving the burdens and perils of so long a journey across a wilderness. Yet this she undertook, and carried it out with safety." (1 Kings 10:1-13; 2 Chronicles 9:1-12). She was filled with amazement by all she saw and heard: "there was no more spirit in her." After an interchange of presents she returned to her native land. 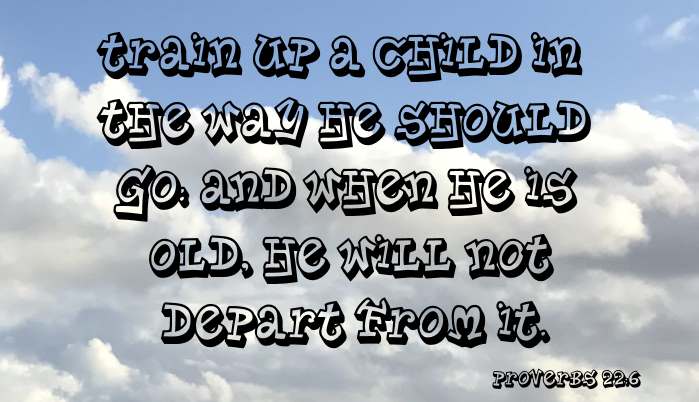 But that golden age of Jewish history passed away. The bright day of Solomon's glory ended in clouds and darkness. His decline and fall from his high estate is a sad record. Chief among the causes of his decline were his polygamy and his great wealth. "As he grew older he spent more of his time among his favourites. The idle king living among these idle women, for 1,000 women, with all their idle and mischievous attendants, filled the palaces and pleasure-houses which he had built (1Kings 11:3), learned first to tolerate and then to imitate their heathenish ways. He did not, indeed, cease to believe in the God of Israel with his mind. He did not cease to offer the usual sacrifices in the temple at the great feasts. But his heart was not right with God; his worship became merely formal; his soul, left empty by the dying out of true religious fervour, sought to be filled with any religious excitement which offered itself. Now for the first time a worship was publicly set up amongst the people of the Lord which was not simply irregular or forbidden, like that of Gideon (Judges 8:27), or the Danites (Judges 18:30,31), but was downright idolatrous." (1 Kings 11:7; 2 Kings 23:13).

This brought upon him the divine displeasure. His enemies prevailed against him (1 Kings 11:14-22,23-25,26-40), and one judgment after another fell upon the land. And now the end of all came, and he died, after a reign of forty years, and was buried in the city of David, and "with him was buried the short-lived glory and unity of Israel." "He leaves behind him but one weak and worthless son, to dismember his kingdom and disgrace his name."

"The kingdom of Solomon," says Rawlinson, "is one of the most striking facts in the Biblical history. A petty nation, which for hundreds of years has with difficulty maintained a separate existence in the midst of warlike tribes, each of which has in turn exercised dominion over it and oppressed it, is suddenly raised by the genius of a soldier-monarch to glory and greatness. An empire is established which extends from the Euphrates to the borders of Egypt, a distance of 450 miles; and this empire, rapidly constructed, enters almost immediately on a period of peace which lasts for half a century. Wealth, grandeur, architectural magnificence, artistic excellence, commercial enterprise, a position of dignity among the great nations of the earth, are enjoyed during this space, at the end of which there is a sudden collapse. The ruling nation is split in twain, the subject-races fall off, the pre-eminence lately gained being wholly lost, the scene of struggle, strife, oppression, recovery, inglorious submission, and desperate effort, re-commences.", Historical Illustrations.


From Solomon to Bible Studies

From Solomon to Good and Evil Kings

From Solomon to Book of Proverbs