Secondly, look at the definition of baptism. It is the immersion or submersion of a person in water. The root of the word for baptize in the Greek is "baptizo", which means "to immerse, submerge; to make whelmed (i.e. fully wet)". This meaning does not allow for water to be sprinkled or poured on a person when baptized.

Doctrine taught in the Bible

Neither is there salvation in any other: for there is none other name under heaven given among men, whereby we must be saved (Acts 4:12). 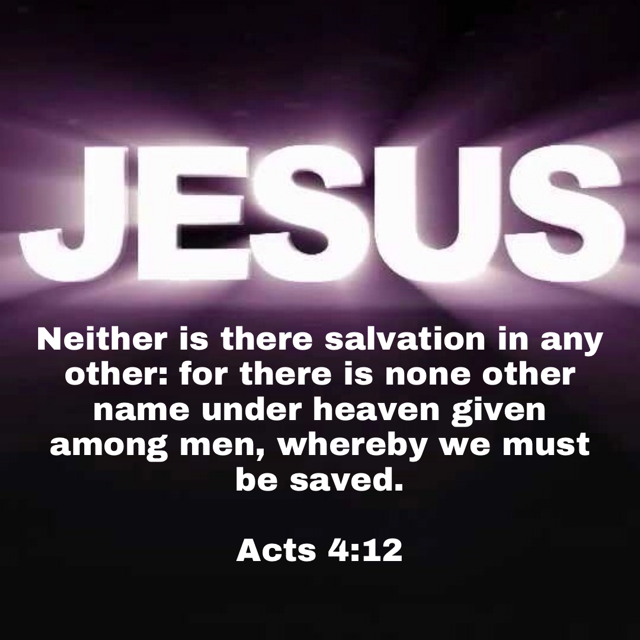 And whatsoever ye do in word or deed, do all in the name of the Lord Jesus, giving thanks to God and the Father by him (Colossians 3:17).

Know ye not, that so many of us as were baptized into Jesus Christ were baptized into his death? Therefore we are buried with him by baptism into death: that like as Christ was raised up from the dead by the glory of the Father, even so we also should walk in newness of life (Romans 6:3-4).

Buried with him in baptism, wherein also ye are risen with him through the faith of the operation of God, who hath raised him from the dead (Colossians 2:12).

Now I would remind you, brothers, of the Gospel I preached to you, which you received, in which you stand, and by which you are being saved, if you hold fast to the word I preached to you—unless you believed in vain. For I delivered to you as of first importance what I also received: that Christ died for our sins in accordance with the Scriptures, that He was buried, that He was raised on the third day in accordance with the Scriptures (1 Corinthians 15:1-4) ESV). Note: As part of obeying the Gospel, we must be "buried" by being baptized in the name of Jesus Christ. 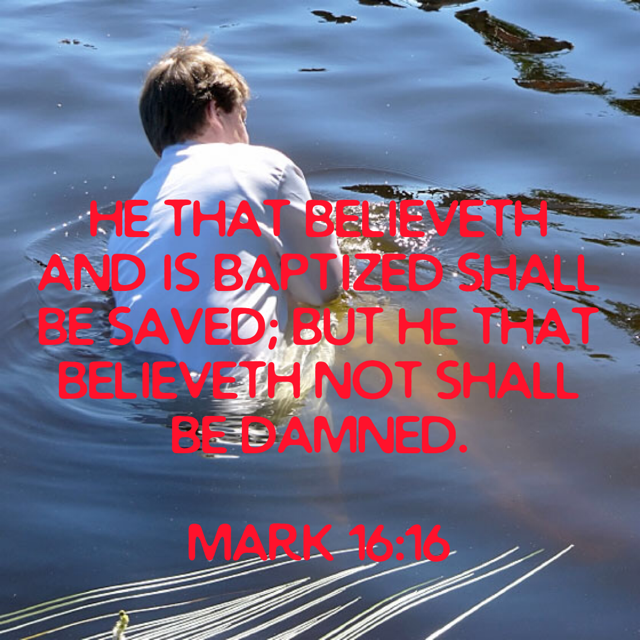 For as many of you as have been baptized into Christ have put on Christ (Galatians 3:27).

Which sometime were disobedient, when once the longsuffering of God waited in the days of Noah, while the ark was a preparing, wherein few, that is, eight souls were saved by water. The like figure whereunto even baptism doth also now save us (not the putting away of the filth of the flesh, but the answer of a good conscience toward God,) by the resurrection of Jesus Christ ( 1 Peter 3:20-21).

Examples from the Bible

Jesus was baptized because He said it was required by God.

But Jesus said, It should be done, for we must carry out all that God requires. So John agreed to baptize him. After his baptism, as Jesus came up out of the water, the heavens were opened and he saw the Spirit of God descending like a dove and settling on him (Matthew 3:15-16 NLT). Note: Jesus came out of the water so he had been fully immersed.

On the day of Pentecost, 3000 souls were baptized as Peter had commanded in Acts 2:38 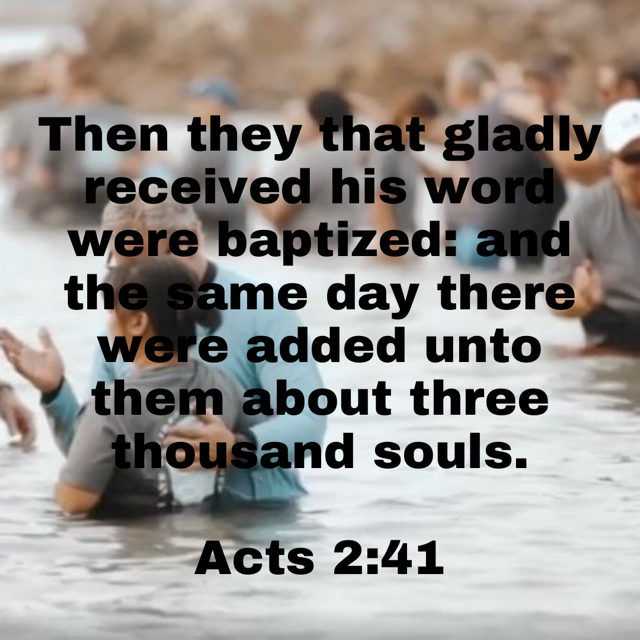 Apostle Paul was baptized in the name of Jesus.

And immediately there fell from his eyes as it had been scales: and he received sight forthwith, and arose, and was baptized (Acts 9:18).

And now why tarriest thou? arise, and be baptized, and wash away thy sins, calling on the name of the Lord (Acts 22:16).  Note: this is part of Paul's testimony

Philip baptized the Samarians and the Eunuch in the name of Jesus.

For as yet He was fallen upon none of them: only they were baptized in the name of the Lord Jesus (Acts 8:16).

And he commanded the chariot to stand still: and they went down both into the water, both Philip and the eunuch; and he baptized him (Acts 8:38). Note: the Eunuch and Philip went down into the water so they were fully immersed.

Cornelius and his household were baptized by Peter

Can any man forbid water, that these should not be baptized, which have received the Holy Ghost as well as we? And he commanded them to be baptized in the name of the Lord. Then prayed they him to tarry certain days Acts 10:47-48). 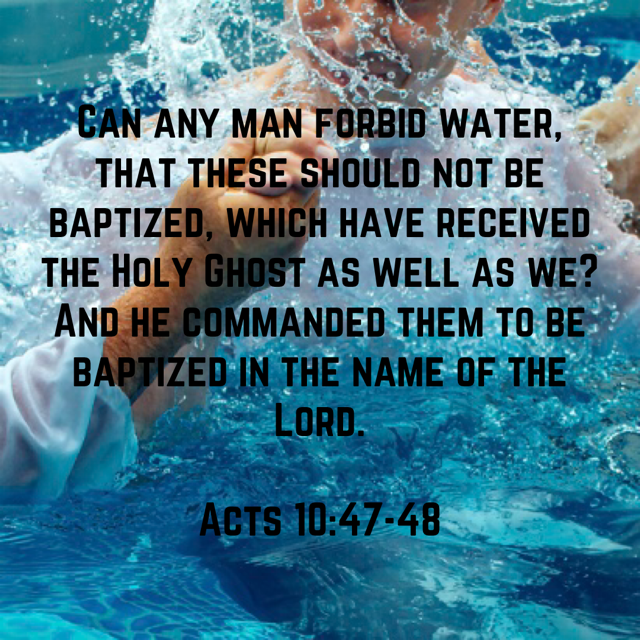 Lydia, the Jailer, and Crispus

And when she was baptized, and her household, she besought us, saying, If ye have judged me to be faithful to the Lord, come into my house, and abide there. And she constrained us. (Acts 16:15)

And he took them the same hour of the night, and washed their stripes; and was baptized, he and all his, straightway (Acts 16:33).

And Crispus, the chief ruler of the synagogue, believed on the Lord with all his house; and many of the Corinthians hearing believed, and were baptized (Acts 18:18).

John the Baptist's disciples were re-baptized by the Apostle Paul

When they heard this, they were baptized in the name of the Lord Jesus (Acts 19:5).

The Apostles did just what Jesus told them to do in Matthew 28 :19

And Jesus came and said to them, “All authority in heaven and on earth has been given to me. Go therefore and make disciples of all nations, baptizing them in the name of the Father and of the Son and of the Holy Spirit, teaching them to observe all that I have commanded you. And behold, I am with you always, to the end of the age.” (Matthew 28:18-20 ESV). 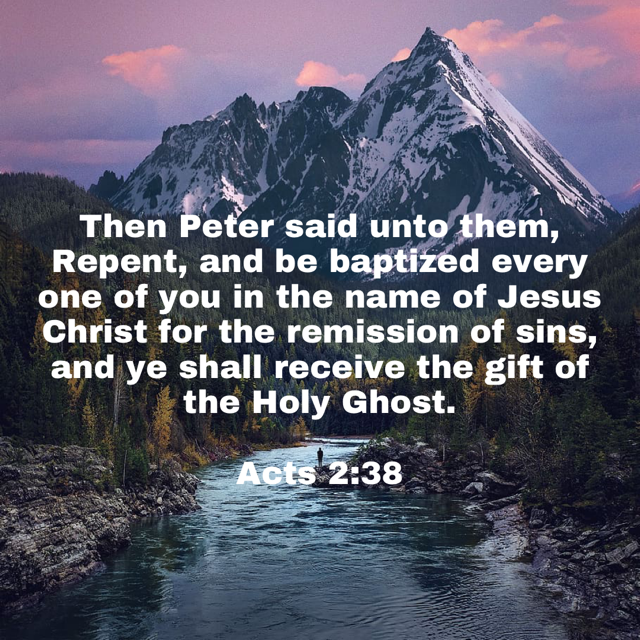 So what did the eleven Apostles do with this command? Approximately ten days later, on the day of Pentecost, when the crowd asked them "Men and brethren, what shall we do?" (Acts 2:37), the apostle Peter, representing the other ten apostles that were present when they heard Jesus speak the Great Commission verses (Matthew 28:18-20), told the crowd of about 3000 (Acts 2:41) to be baptized in the name of Jesus Christ for the remission of sins (Acts 2:38). It is way beyond obvious, so absolutely clear, that the apostles knew that the name of the Father, the Son, and the Holy Ghost is Jesus Christ.

If you have been duped by a priest or pastor that doesn't understand this truth, like I was (see My Testimony), and have truly not been baptized, you can readily be re-baptized in the name of Jesus Christ, just like John the Baptist's disciples were in Acts 19:5.

Don't be fooled by a Pastor who wants to baptize you in the name of the Father, the Son, the Holy Ghost, and Jesus Christ.

Make sure you are baptized in the name of Jesus Christ for the remission of sins, being fully immersed on your back in water. Then you will not be one of millions who have not been baptized at all.


From Not Been Baptized to Jesus is God

From Not Been Baptized to In The Name of Jesus

From Not Been Baptized to Baptism

From Not Been Baptized to Born Again Picture Bible Study

From Not Been Baptized to Deity of Jesus Christ