This description of Gideon is from Easton's Bible Study:

"Gideon: called also Jerubbaal (Judges 6:29) was the first of the judges whose history is circumstantially narrated (Judges 6:1 - 8:33). His calling is the commencement of the second period in the history of the judges. After the victory gained by Deborah and Barak over Jabin, Israel once more sank into idolatry, and the Midianites (which see) and Amalekites, with other "children of the east," crossed the Jordan each year for seven successive years for the purpose of plundering and desolating the land.

Gideon received a direct call from God to undertake the task of delivering the land from these warlike invaders. He was of the family of Abiezer (Joshua 17:2, 1 Chronicles 7:18), and of the little township of Ophrah (Judges 6:11). First, with ten of his servants, he overthrew the altars of Baal and cut down the asherah which was upon it, and then blew the trumpet of alarm, and the people flocked to his standard on the crest of Mount Gilboa to the number of twenty-two thousand men. These were, however, reduced to only three hundred. These, strangely armed with torches and pitchers and trumpets, rushed in from three different points on the camp of Midian at midnight, in the valley to the north of Moreh, with the terrible war-cry, "For the Lord and for Gideon" (Judges 7:18). Terror-stricken, the Midianites were put into dire confusion, and in the darkness slew one another, so that only fifteen thousand out of the great army of one hundred and twenty thousand escaped alive. 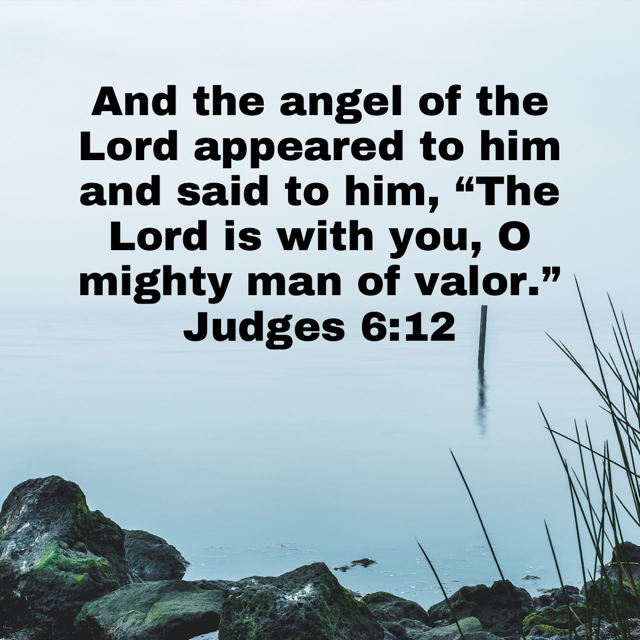 The memory of this great deliverance impressed itself deeply on the mind of the nation (1 Samuel 12:11, Psalm 83:11, Isaiah 9:4, 10:26, Hebrews 11:32). The land had now rest for forty years. Gideon died in a good old age, and was buried in the sepulchre of his fathers. Soon after his death a change came over the people. They again forgot Jehovah, and turned to the worship of Baalim, "neither shewed they kindness to the house of Jerubbaal" (Judges 8:35).

Gideon left behind him seventy sons, a feeble, sadly degenerated race, with one exception, that of Abimelech, who seems to have had much of the courage and energy of his father, yet of restless and unscrupulous ambition. He gathered around him a band who slaughtered all Gideon's sons, except Jotham, upon one stone. "


From Gideon to Bible Studies

From Gideon to Book of Judges

From Gideon to Books of Samuel