This description of the Isaac is from Easton's Bible Study.

Isaac: laughter. The only son of Abraham by Sarah. He was the longest lived of the three patriarchs (Genesis 21:1-3). He was circumcised when eight days old (Genesis 4-7); and when he was probably two years old a great feast was held in connection with his being weaned.

The next memorable event in his life is that connected with the command of God given to Abraham to offer him up as a sacrifice on a mountain in the land of Moriah (Genesis 22). (See ABRAHAM.) When he was forty years of age Rebekah was chosen for his wife (Genesis 24). After the death and burial of his father he took up his residence at Beer-lahai-roi (Genesis 25:7-11), where his two sons, Esau and Jacob, were born (Genesis 21-26), the former of whom seems to have been his favourite son (Genesis 27,28).

In consequence of a famine (Genesis 26:1) Isaac went to Gerar, where he practised deception as to his relation to Rebekah, imitating the conduct of his father in Egypt (Genesis 12:12-20) and in Gerar (Genesis 20:2). The Philistine king rebuked him for his prevarication.

After sojourning for some time in the land of the Philistines, he returned to Beersheba, where God gave him fresh assurance of covenant blessing, and where Abimelech entered into a covenant of peace with him. 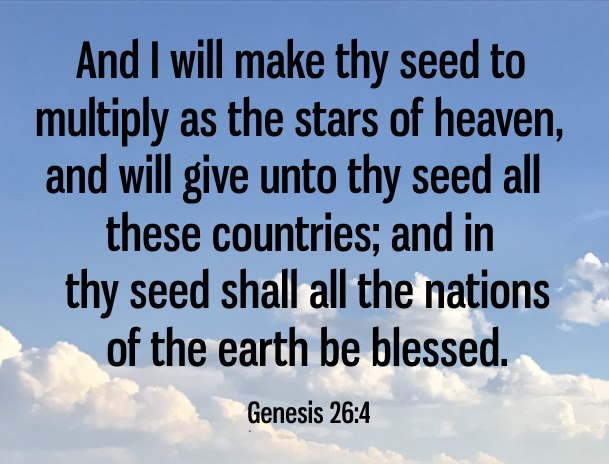 The next chief event in his life was the blessing of his sons (Genesis 27:1). He died at Mamre, "being old and full of days" (Genesis 35:27-29), one hundred and eighty years old, and was buried in the cave of Machpelah.

Isaac is "at once a counterpart of his father in simple devoutness and purity of life, and a contrast in his passive weakness of character, which in part, at least, may have sprung from his relations to his mother and wife. After the expulsion of Ishmael and Hagar, Isaac had no competitor, and grew up in the shade of Sarah's tent, moulded into feminine softness by habitual submission to her strong, loving will." His life was so quiet and uneventful that it was spent "within the circle of a few miles; so guileless that he let Jacob overreach him rather than disbelieve his assurance; so tender that his mother's death was the poignant sorrow of years; so patient and gentle that peace with his neighbours was dearer than even such a coveted possession as a well of living water dug by his own men; so grandly obedient that he put his life at his father's disposal; so firm in his reliance on God that his greatest concern through life was to honour the divine promise given to his race.", Geikie's Hours, etc.


From Isaac to Book of Genesis

From Isaac to Abraham

From Isaac to Obeying the Gospel