This description of Jehosheba is from 1988 Zondervan.

Jehosheba: Jehovah is her oath. Here we have another divine name—a name referring to some solemn promise of God, or representing Him as the Being to whom vows are to be offered, or to whom alone appeals are to be made, as in the frequent phrase, “Swear by His Name.” Jehosheba was the daughter of King Jehoram, or Joram, by his secondary wife, half-sister of King Ahaziah. 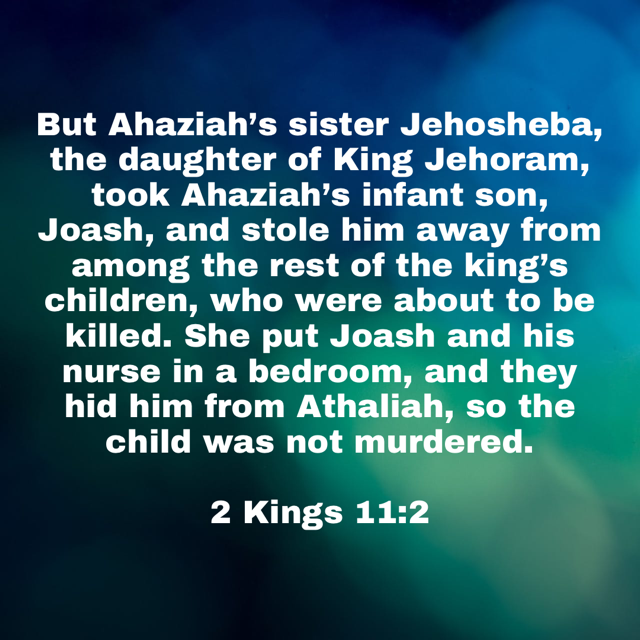 She became the wife of the high priest, Jehoiada, and is the only instance of a princess marrying a high priest. She was also the courageous woman who stole her nephew, Joash, from among the corpses of the king’s sons and hid him for six years from the murderous Athaliah. Thus to Jehosheba goes the credit of preserving “The Seed Royal,” for had Joash also perished the line of Judah would have been extinct.


From Jehosheba to Do you want to go to heaven?

From Jehosheba to Faith

From Jehosheba to Bible Verses about Strength