This description of Moses is from Easton's Bible Dictionary.

Moses: drawn (or Egypt. mesu, "son;" hence Rameses, royal son). On the invitation of Pharaoh (Genesis 45:17-25), Jacob and his sons went down into Egypt. This immigration took place probably about 350 years before the birth of Moses. Some centuries before Joseph, Egypt had been conquered by a pastoral Semitic race from Asia, the Hyksos, who brought into cruel subjection the native Egyptians, who were an African race. Jacob and his retinue were accustomed to a shepherd's life, and on their arrival in Egypt were received with favour by the king, who assigned them the "best of the land", the land of Goshen, to dwell in. The Hyksos or "shepherd" king who thus showed favour to Joseph and his family was in all probability the Pharaoh Apopi (or Apopis).

Thus favoured, the Israelites began to "multiply exceedingly" (Genesis 47:27), and extended to the west and south. At length the supremacy of the Hyksos came to an end. The descendants of Jacob were allowed to retain their possession of Goshen undisturbed, but after the death of Joseph their position was not so favourable. The Egyptians began to despise them, and the period of their "affliction" (Genesis 15:13) commenced. They were sorely oppressed. They continued, however, to increase in numbers, and "the land was filled with them" (Exodus 1:7). The native Egyptians regarded them with suspicion, so that they felt all the hardship of a struggle for existence.

In process of time "a king [probably Seti I.] arose who knew not Joseph" (Exodus 1:8) The circumstances of the country were such that this king thought it necessary to weaken his Israelite subjects by oppressing them, and by degrees reducing their number. They were accordingly made public slaves, and were employed in connection with his numerous buildings, especially in the erection of store-cities, temples, and palaces. The children of Israel were made to serve with rigour. Their lives were made bitter with hard bondage, and "all their service, wherein they made them serve, was with rigour" (Exodus 1:13,14). But this cruel oppression had not the result expected of reducing their number. On the contrary, "the more the Egyptians afflicted them, the more they multiplied and grew" (Exodus 1:12). 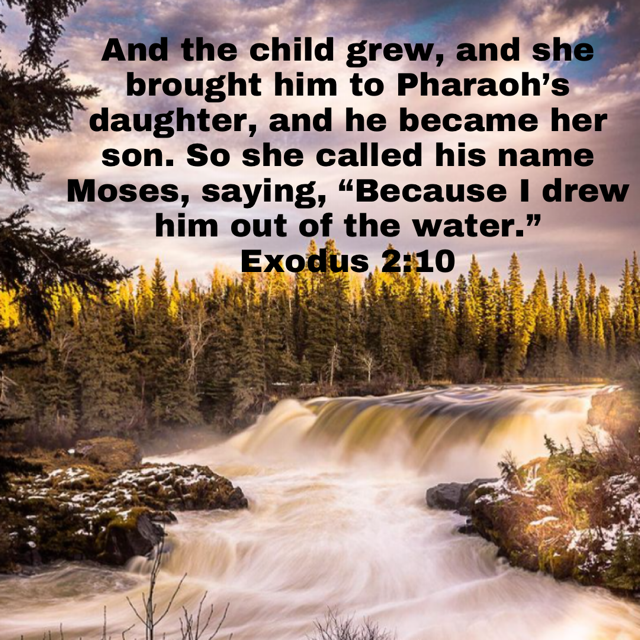 The king next tried, through a compact secretly made with the guild of midwives, to bring about the destruction of all the Hebrew male children that might be born. But the king's wish was not rigorously enforced; the male children were spared by the midwives, so that "the people multiplied" more than ever. Thus baffled, the king issued a public proclamation calling on the people to put to death all the Hebrew male children by casting them into the river (Exodus 1:22). But neither by this edict was the king's purpose effected.

One of the Hebrew households into which this cruel edict of the king brought great alarm was that of Amram, of the family of the Kohathites (Exodus 6:16-20), who with his wife Jochebed and two children, Miriam, a girl of perhaps fifteen years of age, and Aaron, a boy of three years, resided in or near Memphis, the capital city of that time. In this quiet home a male child was born (B.C. 1571). His mother concealed him in the house for three months from the knowledge of the civic authorities. But when the task of concealment became difficult, Jochebed contrived to bring her child under the notice of the daughter of the king by constructing for him an ark of bulrushes, which she laid among the flags which grew on the edge of the river at the spot where the princess was wont to come down and bathe. Her plan was successful. The king's daughter "saw the child; and behold the child wept." The princess sent Miriam, who was standing by, to fetch a nurse. She went and brought the mother of the child, to whom the princess said, "Take this child away, and nurse it for me, and I will give thee thy wages." Thus Jochebed's child, whom the princess called "Moses", i.e., "Saved from the water" (Exodus 2:10), was ultimately restored to her.

As soon as the natural time for weaning the child had come, he was transferred from the humble abode of his father to the royal palace, where he was brought up as the adopted son of the princess, his mother probably accompanying him and caring still for him. He grew up amid all the grandeur and excitement of the Egyptian court, maintaining, however, probably a constant fellowship with his mother, which was of the highest importance as to his religious belief and his interest in his "brethren." His education would doubtless be carefully attended to, and he would enjoy all the advantages of training both as to his body and his mind. He at length became "learned in all the wisdom of the Egyptians" (Acts 7:22). Egypt had then two chief seats of learning, or universities, at one of which, probably that of Heliopolis, his education was completed. Moses, being now about twenty years of age, spent over twenty more before he came into prominence in Bible history. These twenty years were probably spent in military service. There is a tradition recorded by Josephus that he took a lead in the war which was then waged between Egypt and Ethiopia, in which he gained renown as a skilful general, and became "mighty in deeds" (Acts 7:22). 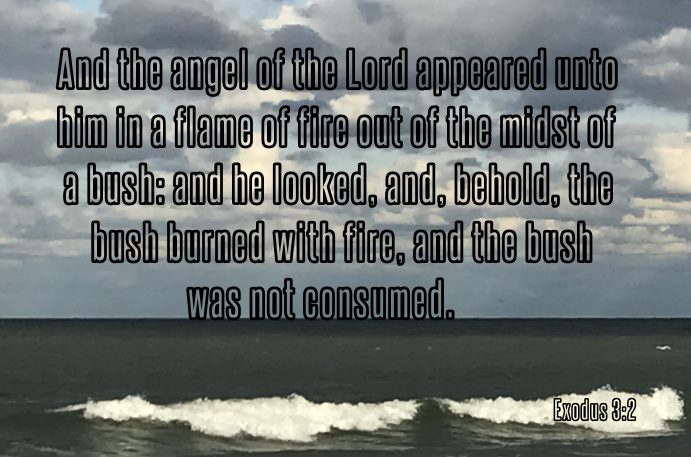 After the termination of the war in Ethiopia, Moses returned to the Egyptian court, where he might reasonably have expected to be loaded with honours and enriched with wealth. But "beneath the smooth current of his life hitherto, a life of alternate luxury at the court and comparative hardness in the camp and in the discharge of his military duties, there had lurked from childhood to youth, and from youth to manhood, a secret discontent, perhaps a secret ambition. Moses, amid all his Egyptian surroundings, had never forgotten, had never wished to forget, that he was a Hebrew." He now resolved to make himself acquainted with the condition of his countrymen, and "went out unto his brethren, and looked upon their burdens" (Exodus 2:11). This tour of inspection revealed to him the cruel oppression and bondage under which they everywhere groaned, and could not fail to press on him the serious consideration of his duty regarding them. The time had arrived for his making common cause with them that he might thereby help to break their yoke of bondage. He made his choice accordingly (Hebrews 11:25-27), assured that God would bless his resolution for the welfare of his people. He now left the palace of the king and took up his abode, probably in his father's house, as one of the Hebrew people who had for forty years been suffering cruel wrong at the hands of the Egyptians.

He could not remain indifferent to the state of things around him, and going out one day among the people, his indignation was roused against an Egyptian who was maltreating a Hebrew. He rashly lifted up his hand and slew the Egyptian, and hid his body in the sand. Next day he went out again and found two Hebrews striving together. He speedily found that the deed of the previous day was known. It reached the ears of Pharaoh (the "great Rameses," Rameses II.), who "sought to slay Moses" (Exodus 2:15). Moved by fear, Moses fled from Egypt, and betook himself to the land of Midian, the southern part of the peninsula of Sinai, probably by much the same route as that by which, forty years afterwards, he led the Israelites to Sinai. He was providentially led to find a new home with the family of Reuel, where he remained for forty years (Acts 7:30), under training unconsciously for his great life's work. 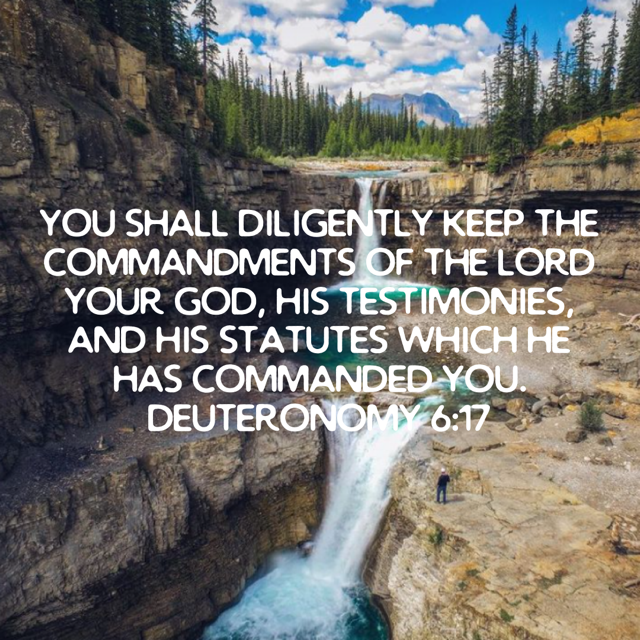 Suddenly the angel of the Lord appeared to him in the burning bush (Exodus 3:2-4), and commissioned him to go down to Egypt and "bring forth the children of Israel" out of bondage. He was at first unwilling to go, but at length he was obedient to the heavenly vision, and left the land of Midian (Exodus 4:18-26). On the way he was met by Aaron (which see) and the elders of Israel. He and Aaron had a hard task before them; but the Lord was with them (Exodus 7:1-25,12:1-51), and the ransomed host went forth in triumph (See Exodus). After an eventful journey to and fro in the wilderness, we see them at length encamped in the plains of Moab, ready to cross over the Jordan into the Promised Land. There Moses addressed the assembled elders (Deuteronomy 1:1-4, 5:1-26, 19:1-25, 27:11-30, 20:1-26), and gives the people his last counsels, and then rehearses the great song Deuteronomy 32:1-52), clothing in fitting words the deep emotions of his heart at such a time, and in review of such a marvelous history as that in which he had acted so conspicuous a part.

Then, after blessing the tribes (Deuteronomy 33:1-29), he ascends to "the mountain of Nebo (which see), to the top of Pisgah, that is over against Jericho" (Deuteronomy 34:1), and from thence he surveys the land. "Jehovah shewed him all the land of Gilead, unto Dan, and all Naphtali, and the land of Ephraim, and Manasseh, and all the land of Judah, unto the utmost sea, and the south, and the plain of the valley of Jericho, the city of palm trees, unto Zoar" (Deuteronomy 34:2-3), the magnificent inheritance of the tribes of whom he had been so long the leader; and there he died, being one hundred and twenty years old, according to the word of the Lord, and was buried by the Lord "in a valley in the land of Moab, over against Beth-peor" (Deuteronomy 34:6). The people mourned for him during thirty days. 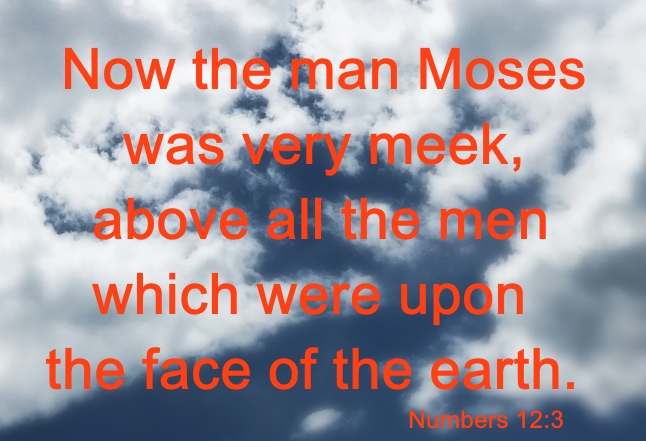 Thus died "Moses the man of God" (Deuteronomy 33:1, Joshua 14:6). He was distinguished for his meekness and patience and firmness, and "he endured as seeing him who is invisible." "There arose not a prophet since in Israel like unto Moses, whom the Lord knew face to face, in all the signs and the wonders, which the Lord sent him to do in the land of Egypt to Pharaoh, and to all his servants, and to all his land, and in all that mighty hand, and in all the great terror which Moses shewed in the sight of all Israel" (Deuteronomy 34:10-12).

The name of Moses occurs frequently in the Psalms and Prophets as the chief of the prophets.

In Jude 1:9 mention is made of a contention between Michael and the devil about the body of Moses. This dispute is supposed to have had reference to the concealment of the body of Moses so as to prevent idolatry.


From Moses to Bible Studies

From Moses to Exodus

From Moses to Moses' Disobedience