This description of Jephthah is from Easton's Bible Dictionary.

Jephthah: whom God sets free, or the breaker through, a "mighty man of valour" who delivered Israel from the oppression of the Ammonites (Judges 11:1-33), and judged Israel six years (Judges 12:7). He has been described as "a wild, daring, Gilead mountaineer, a sort of warrior Elijah."

After forty-five years of comparative quiet Israel again apostatized, and in "process of time the children of Ammon made war against Israel" (Judges 11:5). In their distress the elders of Gilead went to fetch Jephthah out of the land of Tob, to which he had fled when driven out wrongfully by his brothers from his father's inheritance (Judges 11:2), and the people made him their head and captain. The "elders of Gilead" in their extremity summoned him to their aid, and he at once undertook the conduct of the war against Ammon. 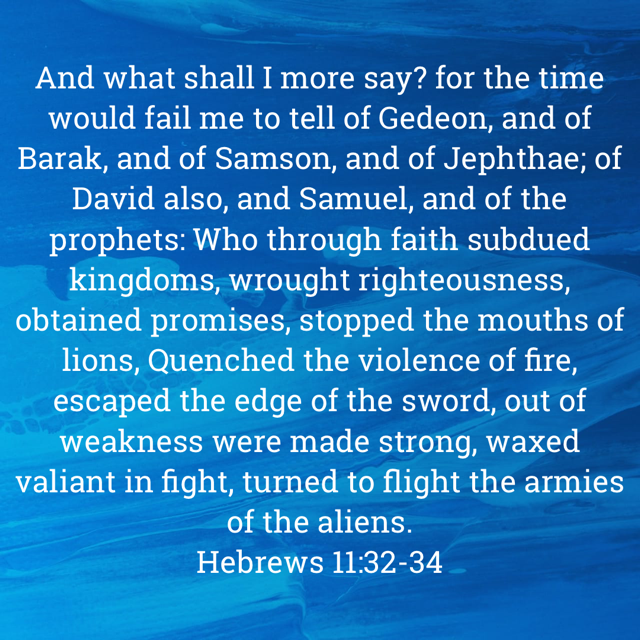 Twice he sent an embassy to the king of Ammon, but in vain. War was inevitable. The people obeyed his summons, and "the spirit of the Lord came upon him." Before engaging in war he vowed that if successful he would offer as a "burnt-offering" whatever would come out of the door of his house first to meet him on his return. The defeat of the Ammonites was complete. "He smote them from Aroer, even till thou come to Minnith, even twenty cities, and unto the plain of the vineyards [Heb. 'Abel Keramim], with a very great slaughter" (Judges 11:33).

The men of Ephraim regarded themselves as insulted in not having been called by Jephthah to go with him to war against Ammon. This led to a war between the men of Gilead and Ephraim (Judges 12:4), in which many of the Ephraimites perished. "Then died Jephthah the Gileadite, and was buried in one of the cities of Gilead" (Judges 12:7).


From Jephthah to Book of Judges

From Jephthah to Jesus Christ

From Jephthah to  Jesus is God