King Josiah became the sixteenth of twenty monarchs of the Kings of Judah. At a very young age, Josiah did what was right in God's eyes:

Josiah was eight years old when he began to reign, and he reigned thirty-one years in Jerusalem. And he did what was right in the eyes of the Lord, and walked in the ways of David his father; and he did not turn aside to the right hand or to the left (2 Chronicles 34:1-2).

Righteousness exalteth a nation: but sin is a reproach to any people (Proverbs 14:34). 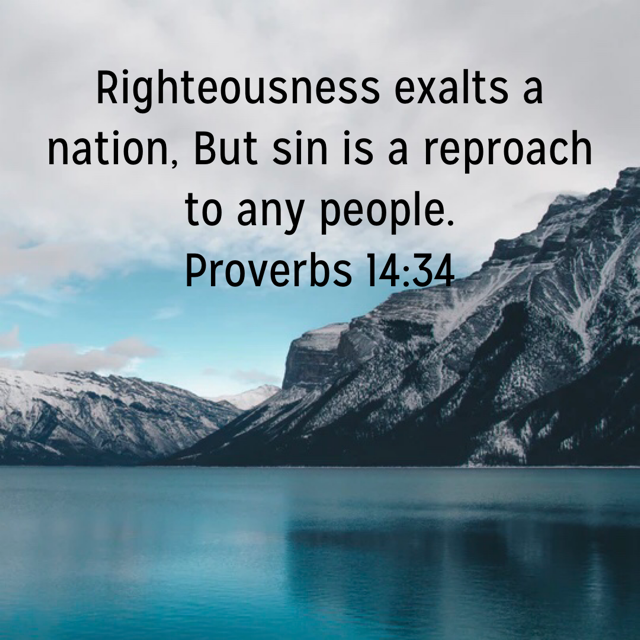 Manasseh and Amon had turned from God to the sin of worshiping idols. The same applies today, whenever we don't allow Jesus to be our Lord, chaos and disaster will result - in our nation, our church, our families.

From scripture it is not obvious why Josiah sought the God of David, doing what was right in His eyes. This is especially true since Amon's example to his son was nothing but evil. This is what King Josiah did at the age of twenty:

For in the eighth year of his reign, while he was yet young, he began to seek after the God of David his father: and in the twelfth year he began to purge Judah and Jerusalem from the high places, and the groves, and the carved images, and the molten images. And they brake down the altars of Baalim in his presence; and the images, that were on high above them, he cut down; and the groves, and the carved images, and the molten images, he brake in pieces, and made dust of them, and strowed it upon the graves of them that had sacrificed unto them. And he burnt the bones of the priests upon their altars, and cleansed Judah and Jerusalem.  And so did he in the cities of Manasseh, and Ephraim, and Simeon, even unto Naphtali, with their mattocks round about (2 Chronicles 34:3-6).

Josiah was serious about ridding the demonic forces from Judah and Jerusalem. How did he know to do what is right when he didn't have parents to teach him, and at that time, didn't have a Bible to read? Could it be what the Apostle Paul wrote?

Or did he instinctively know to draw close to God by not sinning, turning the nation to righteousness?

Draw nigh to God, and he will draw nigh to you. Cleanse your hands, ye sinners; and purify your hearts, ye double minded (James 4:8). 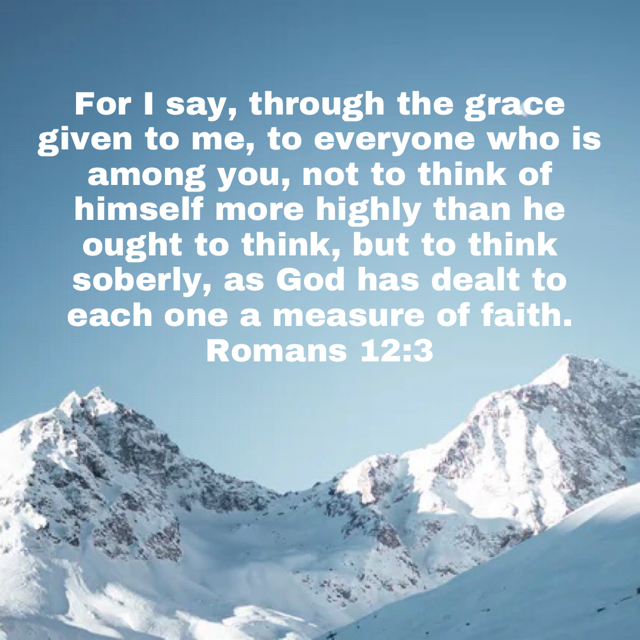 Here are two verses of scripture that give us insight into God's expectations of righteousness:

Abram believed the Lord, and he credited it to him as righteousness (Genesis 15:6 NIV).

And if we are careful to obey all this law before the Lord our God, as he has commanded us, that will be our righteousness (Deuteronomy 6:25 NIV).

That ye put off concerning the former conversation the old man, which is corrupt according to the deceitful lusts; And be renewed in the spirit of your mind;  And that ye put on the new man, which after God is created in righteousness and true holiness (Ephesians 4:22-24), and

But now ye also put off all these; anger, wrath, malice, blasphemy, filthy communication out of your mouth.  Lie not one to another, seeing that ye have put off the old man with his deeds; And have put on the new man, which is renewed in knowledge after the image of him that created him (Colossians 3:8-10). 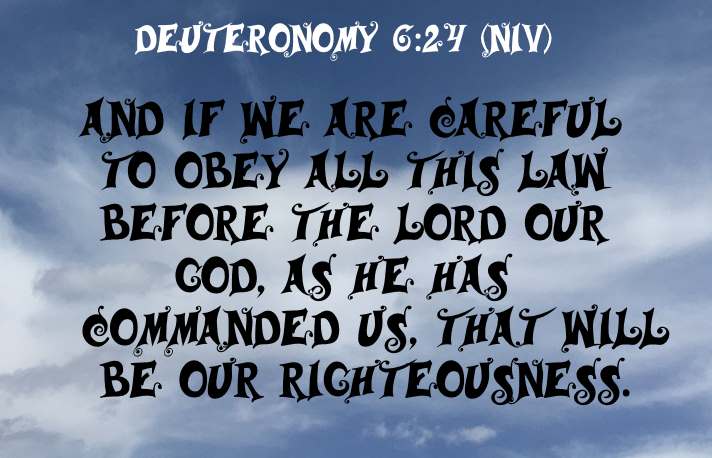 As we continue on in this study of King Josiah, we will see that righteousness, believing God and obeying God, is a necessary ingredient for restoration and revival.

Righteousness Leads to Restoration and Revival

When Josiah was twenty-six he began restoring the house of the Lord (2 Kings 22:4-7 and 2 Chronicles 34:8-14). When restoration comes from the Lord, the outcome is often beyond our greatest expectations:

And I will restore to you the years that the locust hath eaten, the cankerworm, and the caterpiller, and the palmerworm, my great army which I sent among you (Joel 2:25).

In this case, this restoration led to the discovery of the Bible in the house of God:

And Hilkiah the high priest said unto Shaphan the scribe, I have found the book of the law in the house of the Lord (2 Kings 22:8).

Shapan read the Book of the Law to King Josiah (2 Kings 22:10). Josiah repented for the nation, inquiring of the Lord for direction (2 Kings 22:11-20. Josiah got his answer and then read the Bible to the inhabitants of the land: 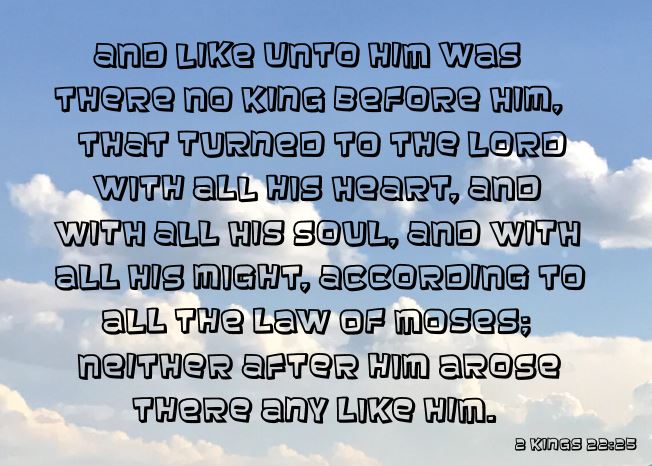 Believing and obeying the Word of God, King Josiah made a covenant with the Lord:

And the king stood by a pillar, and made a covenant before the Lord, to walk after the Lord, and to keep his commandments and his testimonies and his statutes with all their heart and all their soul, to perform the words of this covenant that were written in this book. And all the people stood to the covenant (2 Kings 23:3).

This covenant that King Josiah made with God led to tremendous religious reform and revival (2 Kings 23:4-23). His turn to righteousness, believing and obeying God is summarized in verse 24:

Moreover the workers with familiar spirits, and the wizards, and the images, and the idols, and all the abominations that were spied in the land of Judah and in Jerusalem, did Josiah put away, that he might perform the words of the law which were written in the book that Hilkiah the priest found in the house of the Lord (2 Kings 23:24).

This is what the Bible says about King Josiah:

Our righteousness, believing and obeying God and His Word, will result in us turning to the Lord as well with all of our heart, with all our soul and with all our might. 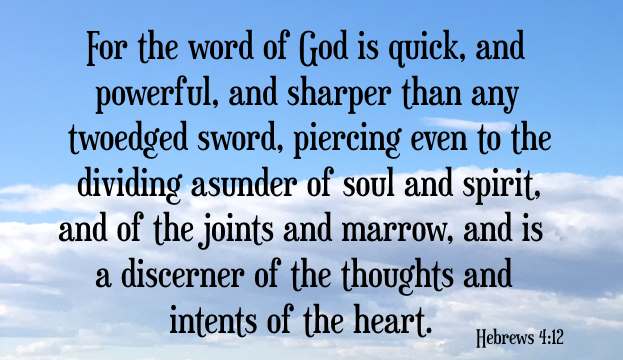 Our Takeaways from King Josiah

This study on King Josiah and his righteousness can help us today bring restoration, change and revival in our lives and lives around us. Some significant points to embrace are:

For the word of God is quick, and powerful, and sharper than any twoedged sword, piercing even to the dividing asunder of soul and spirit, and of the joints and marrow, and is a discerner of the thoughts and intents of the heart (Hebrews 4:12).


From King Josiah to Bible Studies

From King Josiah to Chronicles

From King Josiah to Holiness