This description of Rahab is from Easton's Bible Dictionary.

Rahab, (Heb. Rahab; i.e., "broad," "large"). When the Hebrews were encamped at Shittim, in the "Arabah" or Jordan valley opposite Jericho, ready to cross the river, Joshua, as a final preparation, sent out two spies to "spy the land." After five days they returned, having swum across the river, which at this season, the month Abib, overflowed its banks from the melting of the snow on Lebanon. The spies reported how it had fared with them (Joshua 2:1-7). They had been exposed to danger in Jericho, and had been saved by the fidelity of Rahab the harlot, to whose house they had gone for protection. When the city of Jericho fell (Joshua 6:17-25), Rahab and her whole family were preserved according to the promise of the spies, and were incorporated among the Jewish people. 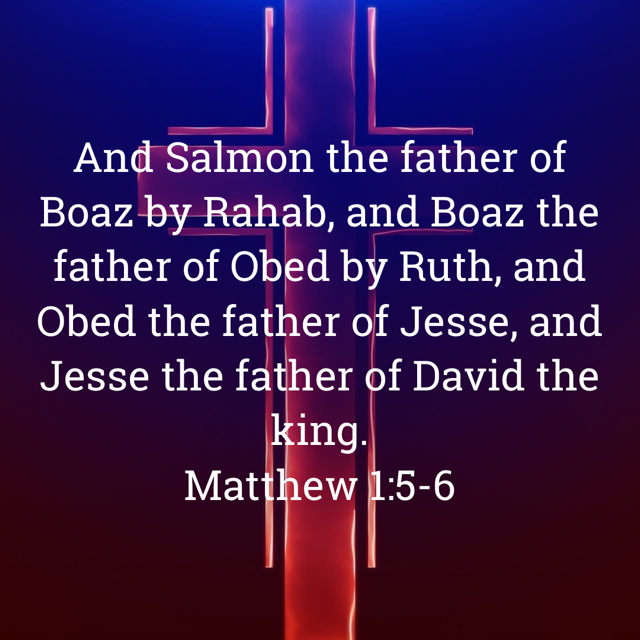 She afterwards became the wife of Salmon, a prince of the tribe of Judah (Ruth 4:21; 1 Chronicles 2:11; Matthew 1:5 NIV). "Rahab's being asked to bring out the spies to the soldiers (Joshua 2:3) sent for them, is in strict keeping with Eastern manners, which would not permit any man to enter a woman's house without her permission. The fact of her covering the spies with bundles of flax which lay on her house-roof (Joshua 2:6) is an 'undesigned coincidence' which strictly corroborates the narrative. It was the time of the barley harvest, and flax and barley are ripe at the same time in the Jordan valley, so that the bundles of flax stalks might have been expected to be drying just then" (Geikie's Hours, etc., ii., 390).


From Rahab to Book of Joshua

From Rahab to Jesus Christ

From Rahab to The Deity of Jesus Christ