Be sober, be vigilant; because your adversary the devil, as a roaring lion, walketh about, seeking whom he may devour (1 Peter 5:8 ).

In the parable of the sower (Mark 4:1-20), Jesus says satan can, for some people, immediately take the Word of God that has been sown in them:

The sower sows the word. And these are the ones along the path, where the word is sown: when they hear, satan immediately comes and takes away the word that is sown in them (Mark 4:14-15 ESV).

For spiritual warfare, the Apostle Paul tells us that we need to put on the whole armour of God to stand against the devil:

Put on the whole armour of God, that ye may be able to stand against the wiles of the devil. For we wrestle not against flesh and blood, but against principalities, against powers, against the rulers of the darkness of this world, against spiritual wickedness in high places (Ephesians 6:11-12).

We will now look to the Word of God, to see some of the weapons of spiritual warfare that are available to help us fight against any form of evil. 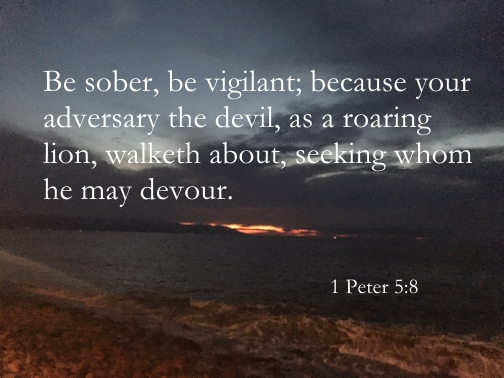 The Kings of Judah and Israel fought many battles against their enemies. Here are two such battles which illustrate the power of spiritual warfare to win the constant war we are in with the devil and his demonic spirits.

King Jehoshaphat's battle against the Moabites and Ammonites is described in 2 Chronicles 20:1-30. These are the weapons that Jehoshaphat used to fight this battle:

God gave Jehoshaphat victory without lifting a physical weapon against the enemy.

Sennacherib, King of Assyria came up against Jerusalem (2 Kings 19:1-31) and these are the weapons that King Hezekiah used to fight this battle.

God then destroyed Sennacherib and his army without Hezekiah partaking in any physical battle (2 Kings 19:35-37). 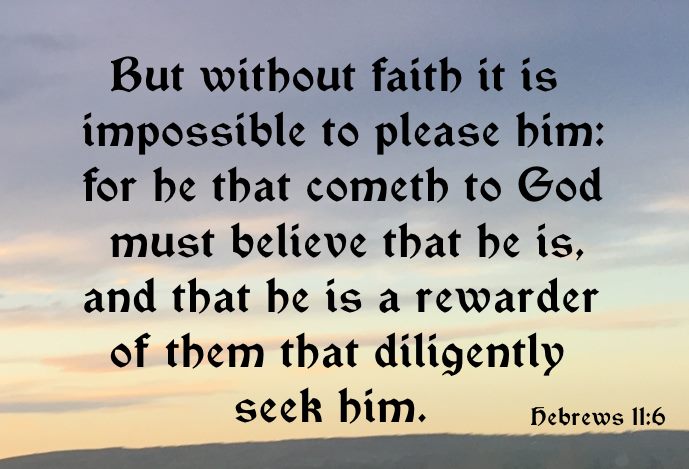 Using the Weapons of Jehoshaphat and Hezekiah

The eleven weapons of spiritual warfare used by Jehoshaphat and Hezekiah are on full display throughout the Bible.

The Lord said that King David was a man after His own heart:

And when he had removed him, he raised up unto them David to be their king; to whom also he gave testimony, and said, I have found David the son of Jesse, a man after mine own heart, which shall fulfil all my will (Acts 13:22).

Little wonder this is true! When David needed victory over his enemy, he inquired of the Lord on nine different occasions:

It is obvious, that when we need victory over evil forces, the first thing we should do is seek the Lord. When we do this with faith and belief the author of Hebrews says that we will be rewarded:

But without faith it is impossible to please him: for he that cometh to God must believe that he is, and that he is a rewarder of them that diligently seek him (Hebrews 11:6). 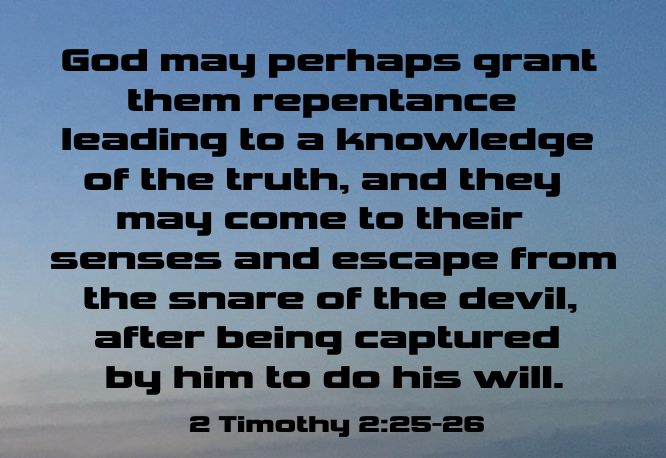 The miracle of salvation, that is, obeying the Gospel of Jesus Christ, begins with repentance:

Repent, be baptized every one of you in the name of Jesus Christ for the remission of sins and ye shall receive the gift of the Holy Ghost (Acts 2:38).

Without repentance, one cannot receive the gift of the Holy Ghost, and consequently not have the power over sin:

So now there is no condemnation for those who belong to Christ Jesus. And because you belong to him, the power of the life-giving Spirit has freed you from the power of sin that leads to death (Romans 8:1-2 NLT).

Scripture also tells us that repentance is a part of spiritual warfare over the devil:

God may perhaps grant them repentance leading to a knowledge of the truth, and they may come to their senses and escape from the snare of the devil, after being captured by him to do his will  (2 Timothy 2:25-26).

Jesus's disciples were not able to cast out a devil from a child (Matthew 17:14-20) and asked the Lord why they could not cast that demon out of the child. Jesus' response was:

Howbeit this kind goeth not out but by prayer and fasting (Matthew 17:21).

At times, in a Christian's life, prayer will not be enough, fasting must be added for the miracle to happen. Daniel, in the Old Testament, understood this concept well. He fasted and prayed for three weeks and understood that his vision was about events that would happen in the future (Daniel 10:1-3 NLT).  Then Daniel heard a voice telling him that God heard his prayer because he humbled himself before God through fasting (Daniel 10:12 NLT). 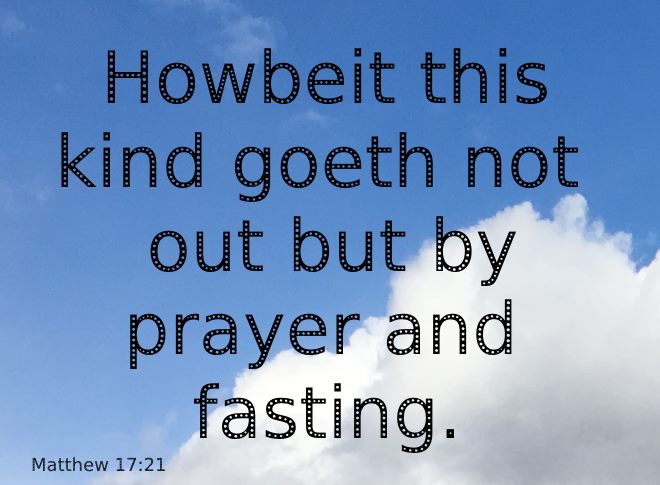 This example doesn't necessarily mean one needs to fast for three weeks. King David fasted the day of Abner's funeral to sundown (2 Samuel 3:35 NLT). On the other hand, Moses (Exodus 34:28), Elijah (1 Kings 19:8) and Jesus (Luke 4:2) fasted for forty days. The length of the fast will depend on how long it takes to get God to answer our prayer. I am definitely not suggesting that we fast like either Moses, Elijah or Jesus. Our forty days may be over a period of forty weeks. But one thing for sure, we will see that when we fast we will draw closer to God and He will draw even closer to us.

Went to the House of the Lord

On the day of Pentecost, in Acts 2: 14-41 the writer of the Book of Acts, the Apostle Luke, describes how 3,000 were saved when they heard the Apostle Peter preach the Gospel of Jesus Christ for the first time ever.  They were all baptized in Jesus' name and filled with the Holy Ghost with the evidence of speaking in tongues.  Any time God fills a person with the Holy Spirit, the devil suffers a tremendous defeat in spiritual warfare.

In Acts 3:1-10, we see the lame man at the gate Beautiful (the gate to the tabernacle) was healed when the Apostle Peter told him to rise up and walk, in the name of Jesus Christ. He had been laid there daily his entire life, but that was before the miraculous healing power of the Holy Ghost had been given to believers as Jesus described would happen in Mark 16:15-20.

The Apostle Paul was preaching in the upper chamber, after dinner, where a young man named Eutychus fell of balcony and died.  Paul embraced Eutychus and he lived (Acts 20:8-12).

These are all examples of spiritual warfare working in the house of the Lord.

Praying in the House of the Lord

One hundred and twenty gathered in the Upper Room in one accord seeking the Lord in prayer and supplication ( Acts 1:12-14), awaiting the promise of the Holy Ghost (Acts 1:8). At the end of that unified public prayer God poured out His Spirit (Acts 2:1-4). Having the power of the Holy Ghost is the ultimate weapon in spiritual warfare.

Sought the Man of God for Advice.

The Israelites sought Moses, their man of God, to resolve disputes between themselves because Moses knew the statutes and laws of God (Exodus 18:13-16). The man of God in our lives must have knowledge, understanding and wisdom regarding the Word of God to give us Godly direction.

The Corinthians wrote the Apostle Paul, asking him questions and seeking advice (1 Corinthians 7:1,25, 8:1, 12:1, 16:1,2). As their man of God, he responded to their queries in the 1st Book of Corinthians. The church had many problems of a sinful nature and Paul's response was the spiritual warfare needed to remove sin from that church. Similarly today we should seek our pastor's advice anytime we need help from God to keep us on the straight and narrow path that will help us live a fully repentant lifestyle.

Worshiping God makes the devil flee! Legion was filled with some 2,000 devils.  When he saw Jesus he ran to Him worshiping Him. The devils immediately begged Him to not be sent away but to enter a heard of swine. Jesus consented, and all of the swine ran down a steep hill into a lake and drowned (Mark 5:2-15). 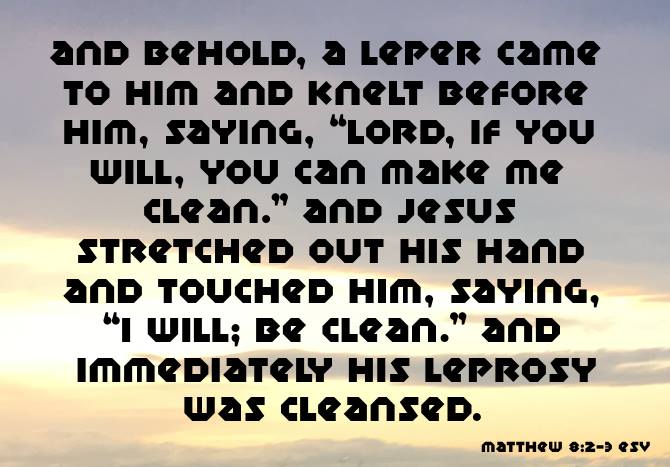 Worshiping God leads to miraculous healings.  The leper worshiped Jesus and he was healed of his leprosy (Matthew 8:2-3)

At the scene of the Great Commission (Matthew 16:22-28), some of the disciples doubted that Jesus was God, yet all of them worshiped Him and all were in the Upper Room when the Holy Ghost was poured out the day of Pentecost. All of us may have doubts and troubles at times, but that is the exact time that we should worship Jesus.

Worship is a crucial armament in spiritual warfare.

The Psalmist teaches us that God inhabits the praises of His people:

But thou art holy, O thou that inhabitest the praises of Israel (Psalm 22:3).

The scripture says "praises of Israel" but the Apostle Paul explains how believers have been grafted onto the same tree as the Israelites in Romans 11:1-36.

This being the case, why wouldn't anybody who is a believer praise God all the day long? The Psalmist also tells us to do exactly that:

I will bless the Lord at all times: his praise shall continually be in my mouth (Psalm 34:1). 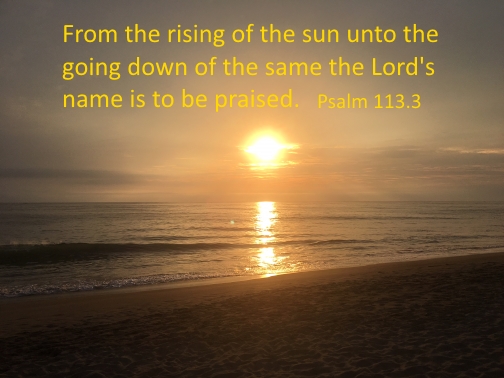 And suddenly there was a great earthquake, so that the foundations of the prison were shaken: and immediately all the doors were opened, and every one's bands were loosed (Acts 16:25-26).

The last Psalm, tells us again to praise God according to His excellent greatness:

Praise ye the Lord. Praise God in his sanctuary: praise him in the firmament of his power. Praise him for his mighty acts: praise him according to his excellent greatness (Psalm 150:1-2).

Praising God is so simple to do with such profound benefits as a weapon of spiritual warfare.

In approximately 444 BC (see timeline), Nehemiah, with the permission of King of Persia, Artaxerxes, led the rebuilding of the wall surrounding Jerusalem that had been destroyed by the Babylonians. (Nehemiah 2:1-8). This wall was rebuilt to keep the enemies of the Jews out of Jerusalem. After the wall was completed, Nehemiah dedicated (Nehemiah 12:27-43) the wall to God, singing songs of praise:

For in the days of David and Asaph of old there were chief of the singers, and songs of praise and thanksgiving unto God (Nehemiah 12:46 ).

As believers, God will build spiritual walls around us to not only keep evil from entering into our lives, but also to keep us inside the walls to protect us from ourselves. Praise the Lord, we can sing songs of praise for the protection that Jehovah Jireh, Jesus Christ, provides for us. 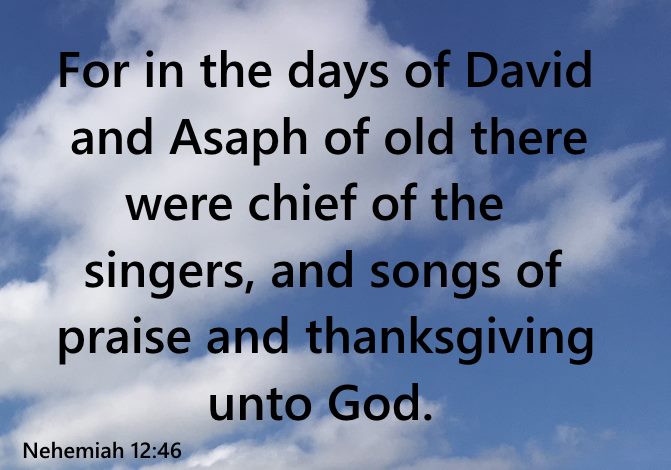 Musical instruments were first introduced to praise and worship God for His glorious deeds when the Israelites crossed the Red Sea on dry ground and Pharaoh and his army were destroyed when God released the sea on them. (Exodus 15:1-21). Moses' sister Miriam, and the other women played the timbrels (tambourines) and danced and sang unto the Lord:

And Miriam the prophetess, the sister of Aaron, took a timbrel in her hand; and all the women went out after her with timbrels and with dances. And Miriam answered them, Sing ye to the Lord, for he hath triumphed gloriously; the horse and his rider hath he thrown into the sea (Exodus 15:20-21).

Blessed the Lord for Victory

The Psalmist prophesied about the coming of Jesus:

You have ascended on high, You have led captive Your captives; You have
received gifts among men, Even among the rebellious also, that the Lord God may dwell there. Blessed be the Lord, who daily bears our burden, The God who is our salvation. Selah. God is to us a God of deliverances  And to God the Lord belong escapes from death (Psalm 68:18-20 NASB).

He knew that God would bear all are burdens, deliver him from his enemies and save him, so he blessed the Lord. Oh for the wisdom to bless the Lord Jesus at all times.


From Spiritual Warfare to Bible Lessons

From Spiritual Warfare to Bible Verses about Hell