Head of the Spiritual Enemy

The enemy of our soul, the devil and every demonic spirit, constantly attack us, just like the Philistines attacked the Israelites. David had the answer, he took the head of the enemy:

David knew though that he was just the vessel that God was using to take the head of the enemy: 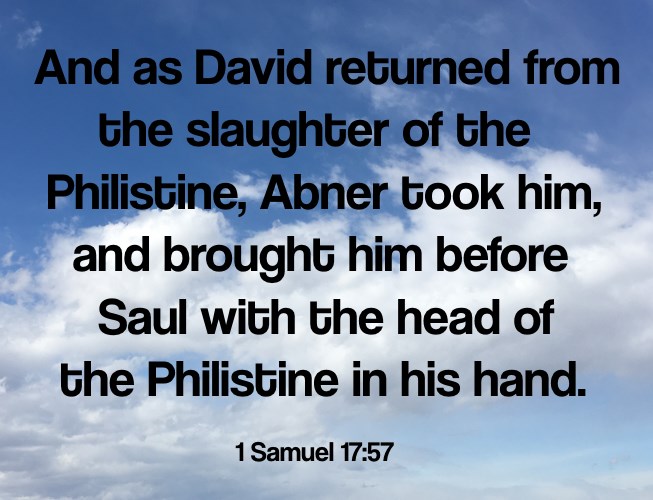 So David went as Saul commanded and told Goliath that he was coming, in the name of the Lord, with God's deliverance, to take his head so that the whole world would know there is a God in Israel:

Then said David to the Philistine, Thou comest to me with a sword, and with a spear, and with a shield: but I come to thee in the name of the Lord of hosts, the God of the armies of Israel, whom thou hast defied. This day will the Lord deliver thee into mine hand; and I will smite thee, and take thine head from thee; and I will give the carcases of the host of the Philistines this day unto the fowls of the air, and to the wild beasts of the earth; that all the earth may know that there is a God in Israel (1 Samuel 17:45-46).

David slew the enemy, and took his head, causing the Philistines to flee.

Therefore David ran, and stood upon the Philistine, and took his sword, and drew it out of the sheath thereof, and slew him, and cut off his head therewith. And when the Philistines saw their champion was dead, they fled (1 Samuel 17:51). 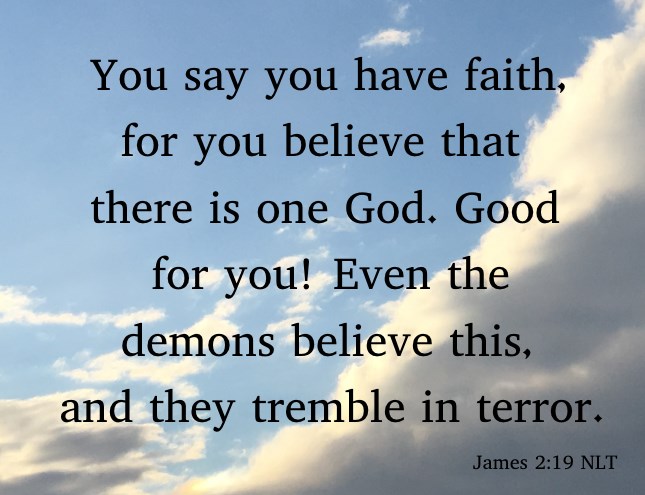 Christian Application of taking the Head of the Enemy

The Bible teaches us that just like Christians, demons believe that Jesus is God also, and that the demons tremble in terror of Him:

You say you have faith, for you believe that there is one God. Good for you! Even the demons believe this, and they tremble in terror (James 2:19 NLT).

Jesus teaches us that Christians will do the same or even greater works than He does, if we ask Him to do anything in His name: 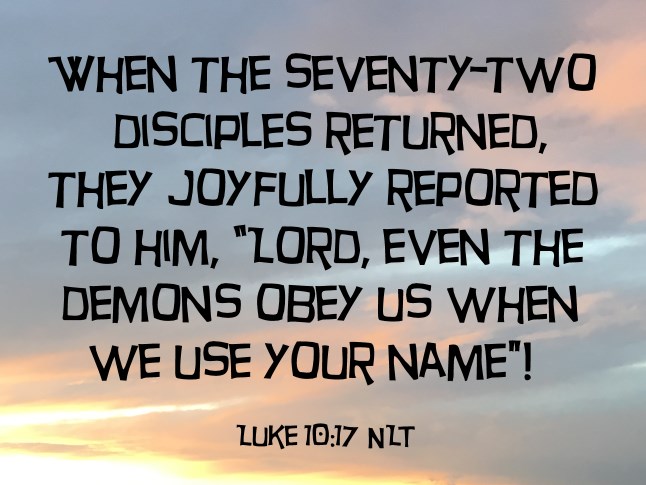 When the seventy-two disciples returned, they joyfully reported to him, “Lord, even the demons obey us when we use your name (Luke 10:17 NLT)"!

“Yes,” he told them, “I saw Satan fall from heaven like lightning! Look, I have given you authority over all the power of the enemy, and you can walk among snakes and scorpions and crush them. Nothing will injure you (Luke 10:18-19 NLT).

Combining these teachings of our great God and Savior (Titus 2:13), all that we have to do as believers is to ask Him to "Rebuke the enemy of my soul, in the name of Jesus Christ", and He will spiritually take our enemy's head. Hallelujah!

If you are doubting this at all, just look at what happened to the demons living in Legion until the Lord rebuked them. They entered about two thousand pigs and all of them drowned (Mark 5:11-13). When the Lord rebukes demons, He doesn't mess around.

After He takes the head of our enemy, we need to remember to rejoice, not because He did that for us, but as true believers our names are registered in heaven:

David rejoiced after the Lord took the head of Goliath. David wrote Psalm 9:1-20) about this great victory. He knew his name was written in heaven.


From Head of the Enemy to Believe

From Head of the Enemy to Born Again

From Head of the Enemy to Rest in Jesus