This description of Jacob is from Easton's Bible Study.

Jacob: one who follows on another's heels; supplanter, (Genesis 25:26; 27:36; Hosea 12:2-4), the second born of the twin sons of Isaac by Rebekah. He was born probably at Lahai-roi, when his father was fifty-nine and Abraham one hundred and fifty-nine years old. Like his father, he was of a quiet and gentle disposition, and when he grew up followed the life of a shepherd, while his brother Esau became an enterprising hunter. His dealing with Esau, however, showed much mean selfishness and cunning (Genesis 25:29-34).

When Isaac was about 160 years of age, Jacob and his mother conspired to deceive the aged patriarch (Genesis 27), with the view of procuring the transfer of the birthright to himself. The birthright secured to him who possessed it

Soon after his acquisition of his father's blessing (Genesis 27), Jacob became conscious of his guilt; and afraid of the anger of Esau, at the suggestion of Rebekah Isaac sent him away to Haran, 400 miles or more, to find a wife among his cousins, the family of Laban, the Syrian (Genesis 28). There he met with Rachel (Genesis 29). Laban would not consent to give him his daughter in marriage till he had served seven years; but to Jacob these years "seemed but a few days, for the love he had to her." But when the seven years were expired, Laban craftily deceived Jacob, and gave him his daughter Leah. Other seven years of service had to be completed probably before he obtained the beloved Rachel. But "life-long sorrow, disgrace, and trials, in the retributive providence of God, followed as a consequence of this double union." 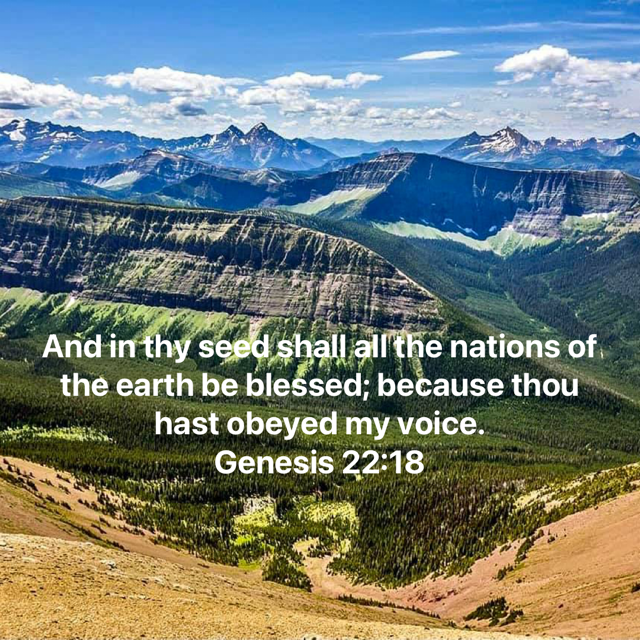 At the close of the fourteen years of service, Jacob desired to return to his parents, but at the entreaty of Laban he tarried yet six years with him, tending his flocks (Genesis 31:41). He then set out with his family and property "to go to Isaac his father in the land of Canaan" (Genesis 31). Laban was angry when he heard that Jacob had set out on his journey, and pursued after him, overtaking him in seven days. The meeting was of a painful kind. After much recrimination and reproach directed against Jacob, Laban is at length pacified, and taking an affectionate farewell of his daughters, returns to his home in Padanaram. And now all connection of the Israelites with Mesopotamia is at an end.

Soon after parting with Laban he is met by a company of angels, as if to greet him on his return and welcome him back to the Land of Promise (Genesis 32:1,2). He called the name of the place Mahanaim, i.e., "the double camp," probably his own camp and that of the angels. The vision of angels was the counterpart of that he had formerly seen at Bethel, when, twenty years before, the weary, solitary traveller, on his way to Padan-aram, saw the angels of God ascending and descending on the ladder whose top reached to heaven (Genesis 28:12).

He now hears with dismay of the approach of his brother Esau with a band of 400 men to meet him. In great agony of mind he prepares for the worst. He feels that he must now depend only on God, and he betakes himself to him in earnest prayer, and sends on before him a munificent present to Esau, "a present to my lord Esau from thy servant Jacob." Jacob's family were then transported across the Jabbok; but he himself remained behind, spending the night in communion with God. While thus engaged, there appeared one in the form of a man who wrestled with him. In this mysterious contest Jacob prevailed, and as a memorial of it his name was changed to Israel (wrestler with God); and the place where this occured he called Peniel, "for", said he, "I have seen God face to face, and my life is preserved" (Genesis 32:25-31). 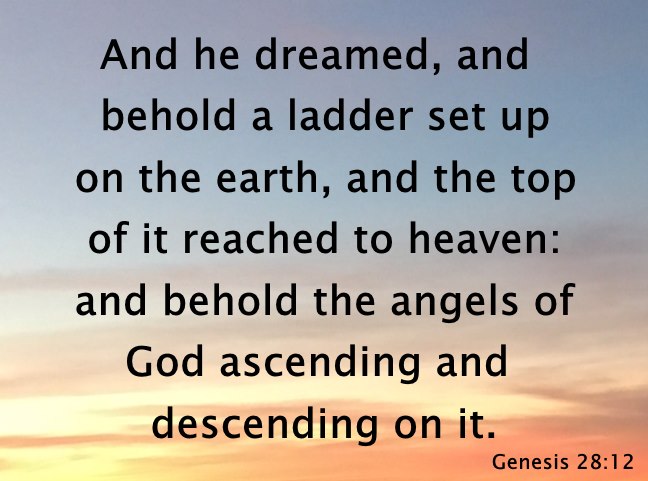 After this anxious night, Jacob went on his way, halting, mysteriously weakened by the conflict, but strong in the assurance of the divine favour. Esau came forth and met him; but his spirit of revenge was appeased, and the brothers met as friends, and during the remainder of their lives they maintained friendly relations. After a brief sojourn at Succoth, Jacob moved forward and pitched his tent near Shechem (which see), Genesis 33:18; but at length, under divine directions, he moved to Bethel, where he made an altar unto God (Genesis 35:6,7), and where God appeared to him and renewed the Abrahamic covenant. While journeying from Bethel to Ephrath (the Canaanitish name of Bethlehem), Rachel died in giving birth to her second son Benjamin (Genesis 35:16-20), fifteen or sixteen years after the birth of Joseph. He then reached the old family residence at Mamre, to wait on the dying bed of his father Isaac. The complete reconciliation between Esau and Jacob was shown by their uniting in the burial of the patriarch (Genesis 35:27-29).

Jacob was soon after this deeply grieved by the loss of his beloved son Joseph through the jealousy of his brothers (Genesis 37:33). Then follows the story of the famine, and the successive goings down into Egypt to buy corn (Genesis 42), which led to the discovery of the long-lost Joseph, and the patriarch's going down with all his household, numbering about seventy souls (Exodus 1:5; Deuteronomy 10:22; Acts 7:14), to sojourn in the land of Goshen. Here Jacob, "after being strangely tossed about on a very rough ocean, found at last a tranquil harbour, where all the best affections of his nature were gently exercised and largely unfolded" (Genesis 48).

At length the end of his checkered course draws nigh, and he summons his sons to his bedside that he may bless them. Among his last words he repeats the story of Rachel's death, although forty years had passed away since that event took place, as tenderly as if it had happened only yesterday; and when "he had made an end of charging his sons, he gathered up his feet into the bed, and yielded up the ghost" (Genesis 49:33). His body was embalmed and carried with great pomp into the land of Canaan, and buried beside his wife Leah in the cave of Machpelah, according to his dying charge. There, probably, his embalmed body remains to this day (Genesis 50:1-13).

The history of Jacob is referred to by the prophets Hosea (Genesis 12:3,4,12) and Malachi (Genesis 1:2). In Micah 1:5 the name is a poetic synonym for Israel, the kingdom of the ten tribes. There are, besides the mention of his name along with those of the other patriarchs, distinct references to events of his life in Paul's epistles (Romans 9:11-13; Hebrews 12:16; 11:21). See references to his vision at Bethel and his possession of land at Shechem in John 1:51; 4:5,12; also to the famine which was the occasion of his going down into Egypt in Acts 7:12.


From Jacob to Book of Genesis

From Jacob to  Isaac