This description of Lot is from Easton's Bible Study.

Lot, a covering; veil, the son of Haran, and nephew of Abraham (Genesis 11:27). On the death of his father, he was left in charge of his grandfather Terah (Genesis 11:31), after whose death he accompanied his uncle Abraham into Canaan (Genesis 12:5), thence into Egypt (Genesis 12:10), and back again to Canaan (Genesis 13:1). After this he separated from him and settled in Sodom (Genesis 13:5-13). There his righteous soul was "vexed" from day to day (2 Peter 2:7), and he had great cause to regret this act. Not many years after the separation he was taken captive by Chedorlaomer, and was rescued by Abraham (Genesis 14). 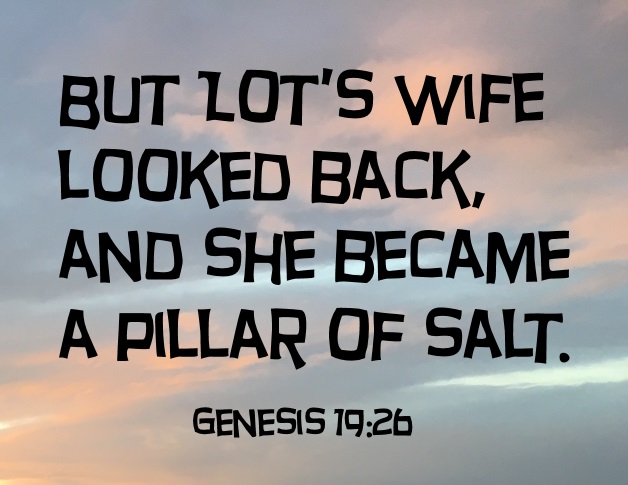 At length, when the judgment of God descended on the guilty cities of the plain (Genesis 19:1-20), Lot was miraculously delivered. When fleeing from the doomed city his wife "looked back from behind him, and became a pillar of salt." There is to this day a peculiar crag at the south end of the Dead Sea, near Kumran, which the Arabs call Bint Sheik Lot, i.e., Lot's wife. It is "a tall, isolated needle of rock, which really does bear a curious resemblance to an Arab woman with a child upon her shoulder." From the words of warning in Luke 17:32, "Remember Lot's wife," it would seem as if she had gone back, or tarried so long behind in the desire to save some of her goods, that she became involved in the destruction which fell on the city, and became a stiffened corpse, fixed for a time in the saline incrustations. She became "a pillar of salt", i.e., as some think, of asphalt.

Lot and his daughters sought refuge first in Zoar, and then, fearing to remain there longer, retired to a cave in the neighbouring mountains (Genesis 19:30). Lot has recently been connected with the people called on the Egyptian monuments Rotanu or Lotanu, who is supposed to have been the hero of the Edomite tribe Lotan.


From Lot to Book of Genesis

From Lot to Abraham

From Lot to Obeying the Gospel