This description of the Book of Revelation is from Easton's Bible Dictionary.

Revelation, Book of: =The Apocalypse, the closing book and the only prophetical book of the New Testament canon. The author of this book was undoubtedly John the apostle. His name occurs four times in the book itself (Revelation 1:1,4,9; 22:8), and there is every reason to conclude that the "John" here mentioned was the apostle. In a manuscript of about the twelfth century he is called "John the divine," but no reason can be assigned for this appellation. 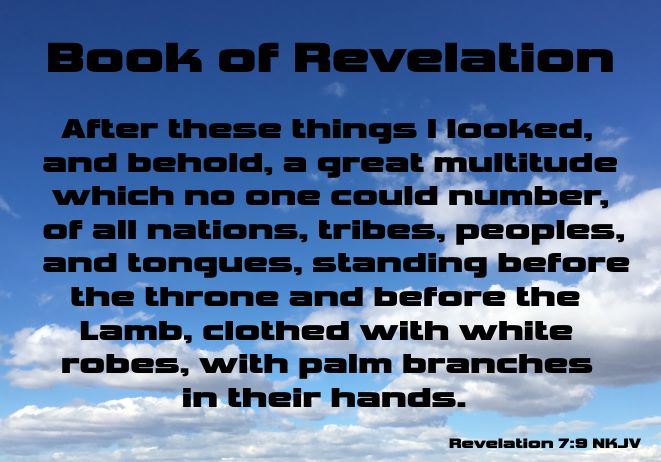 The date of the writing of this book has generally been fixed at A.D. 96, in the reign of Domitian. There are some, however, who contend for an earlier date, A.D. 68 or 69, in the reign of Nero. Those who are in favour of the later date appeal to the testimony of the Christian father Irenaeus, who received information relative to this book from those who had seen John face to face. He says that the Apocalypse "was seen no long time ago."

As to the relation between this book and the Gospel of John, it has been well observed that "the leading ideas of both are the same. The one gives us in a magnificent vision, the other in a great historic drama, the supreme conflict between good and evil and its issue. In both Jesus Christ is the central figure, whose victory through defeat is the issue of the conflict. In both the Jewish dispensation is the preparation for the gospel, and the warfare and triumph of the Christ is described in language saturated with the Old Testament. The difference of date will go a long way toward explaining the difference of style." Plummer's Gospel of St. John, Introd.


From Book of Revelation to Bible Studies

From Book of Revelation to Epistle of Jude

From Book of Revelation to Epistles of John