Day of Salvation - When Jesus Comes

The day of salvation for Zacchaeus happened when Jesus abode at his home (Luke 19.9). Zacchaeus was a "publican", a tax collector and was rich (Luke 19:2). He was a small man and knew he would not see Jesus over the crowd when He came (Luke 19:3). That didn't hinder him from seeing Jesus though. He simply climbed a sycamore tree to have a point of vantage (Luke 19:4). Jesus immediately saw Zacchaeus and told him to come down and that He wanted to abide at His house (Luke 19:5). Zacchaeus came down from the tree, and joyfully received Jesus (Luke 19:6). The crowd, though, was displeased because Jesus was going to abide at a sinner's house (Luke 19:7).

When Jesus went to abide at Zacchaeus' house, Zacchaeus repented of his sins (Luke 19:8). Jesus then declared that because he was a son of Abraham, that salvation had come to Zacchaeus' house that day (Luke 19:9). Jesus said:

For the other pages of this Bible Study series go to:

Anybody wanting to be saved, to become a child of God (Romans 8:16), would do well to emulate Zacchaeus. The first thing that we notice is that Zacchaeus was eager to meet Jesus. He did whatever he had to do to meet the Lord. Today anyone who is eager to meet Jesus, would graciously accept an invitation to church, or attend a Bible study, or listen to a testimony of someone who is saved. Another day of salvation attribute that Zacchaeus had was that he was obedient. Jesus told him to come down from the tree and to take Him to his house and Zacchaeus did not argue with Him - he did what Jesus told him to do and did not listen to the naysayers. Then when he was in the presence of Jesus, he was convicted of his sins and repented. Every candidate who wants to be saved must be willing to repent of his or her sins. 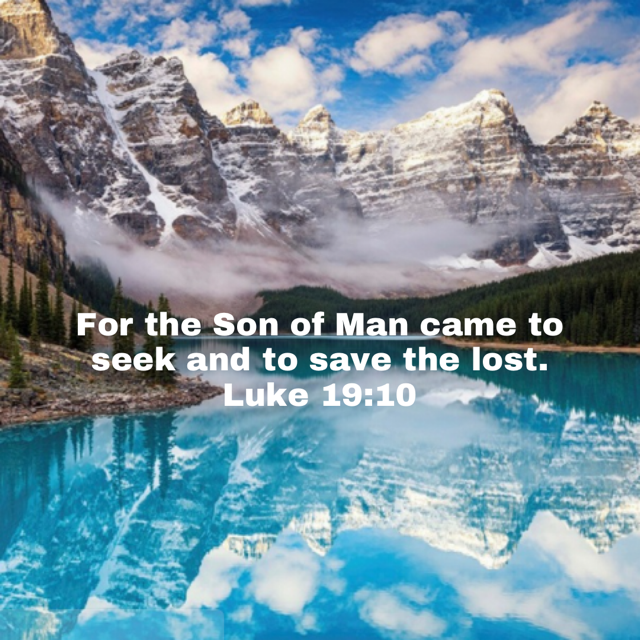 The Apostle John, in His first Epistle to saints (those who were already saved) told them that Jesus abides in them because He gave them His Spirit.

The other side of the coin is equally wonderful, when we have His Spirit, we abide in Him as well. The question is then is two-fold:

The Apostle John recorded the conversation that Jesus had with Nicodemus, a Pharisee, and a ruler of the Jews:

As we will see shortly, John did not fully understand what Jesus was saying at the time Jesus said it - that we are not born from our mother's wombs with the Spirit abiding in us. Instead though, to be born of the Spirit, or have the Spirit abide in us, we must be born again. 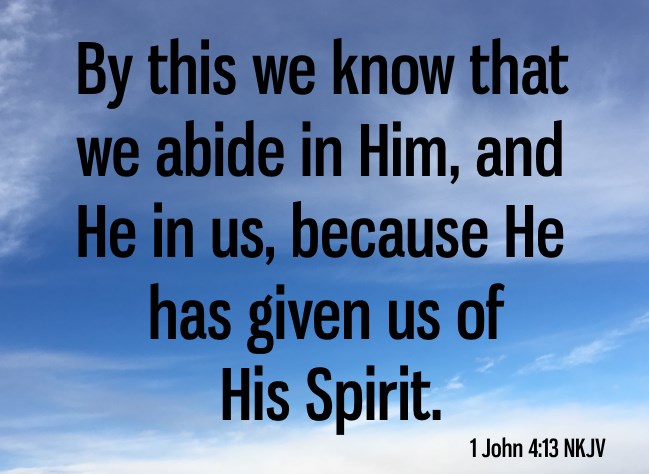 At the Feast of Tabernacles, near the end of Jesus' ministry on earth (we know that because the Pharisees were disappointed that Jesus was not arrested - John 7:45), Jesus rose at the feast and said:

..... If any man thirst, let him come unto me, and drink. He that believeth on me, as the scripture hath said, out of his belly shall flow rivers of living water (John 7:37-38).

The Apostle John explained what Jesus meant in the above text when he wrote the Gospel According to John late in the first century:

But this He spoke concerning the Spirit, whom those believing in Him would receive; for the Holy Spirit was not yet given, because Jesus was not yet glorified (John 7:39 NKJV). 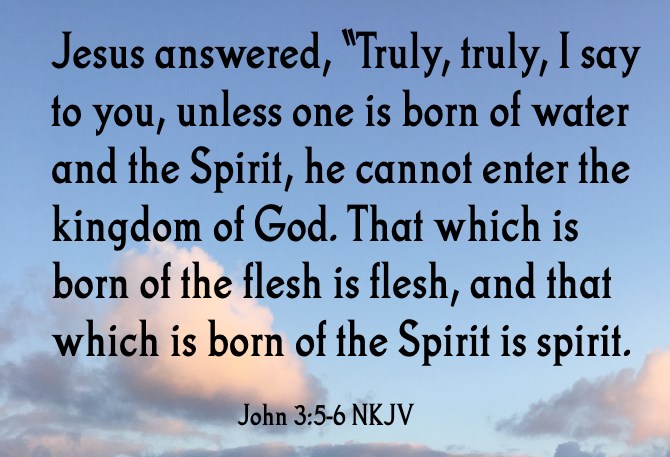 From these scriptures it is clear that the Holy Spirit was not given before Jesus ascended to heaven. This didn't happen until the day of Pentecost, fifty days after the Passover when Jesus died on the cross.  On that day He filled everyone in the Upper Room (about one hundred and twenty people including His mother Mary, and His disciples - Acts 1:13-15) with the Holy Spirit:

How do we get His Spirit?

We must do exactly what Zacchaeus did on his day of Salvation to receive His Spirit - "repent". Why is that? Jesus said:

The time is fulfilled, and the kingdom of God is at hand: repent ye, and believe the gospel (Mark1:15).

On the day of Pentecost, after the 120 in the Upper Room were filled with the Holy Spirit (Holy Ghost), the Apostle Peter preached the first sermon of the new covenant era (Acts 2:14-41). Peter said in Acts 2:38:

Repent, and let every one of you be baptized in the name of Jesus Christ for the remission of sins; and you shall receive the gift of the Holy Spirit (Acts 2:38 NKJV). 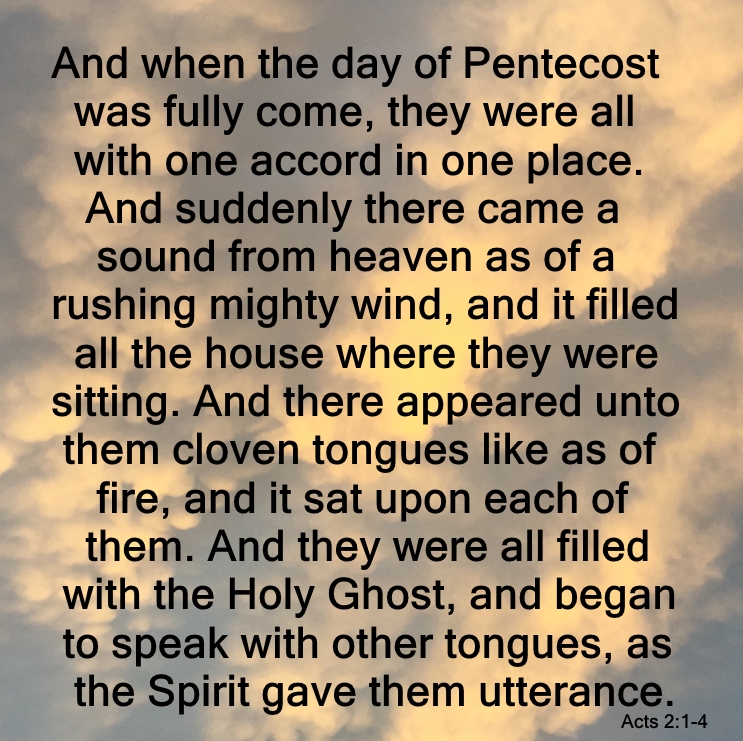 How do we know His Spirit abides in us?

On our day of salvation, we know the Spirit abides in us exactly the same way the one hundred and twenty in the Upper Room knew - we speak in tongues as the Spirit gives utterance (Acts 2:4). We can see this emphatically in other scriptures as well:

While Peter was still speaking these words, the Holy Spirit fell upon all those who heard the word. And those of the circumcision who believed were astonished, as many as came with Peter, because the gift of the Holy Spirit had been poured out on the Gentiles also. For they heard them speak with tongues and magnify God (Acts 10:44-46 NKJV).

And when Paul had laid hands on them, the Holy Spirit came upon them, and they spoke with tongues and prophesied (Acts 19:6 NKJV).

Even though Jesus simply told Zacchaeus that his day of salvation had come, He did not say that to us. Instead, He left us instructions (as we just read) to follow so that He will abide in us and us in Him on our day of salvation.

These instructions are found in more detail on the following pages:


From Day of Salvation to When Jesus Comes (Satan's Power Broken)

From Day of Salvation to When Jesus Comes (Healing Miracles)

From Day of Salvation to One God