This description of Ishmael is from Easton's Bible Study.

Abraham's eldest son, by Hagar the concubine (Genesis 16:15; 17:23). He was born at Mamre, when Abraham was eighty-six years of age, eleven years after his arrival in Canaan (Genesis 16:3; 21:5). At the age of thirteen he was circumcised (Genesis 17:25). He grew up a true child of the desert, wild and wayward. On the occasion of the weaning of Isaac his rude and wayward spirit broke out in expressions of insult and mockery (Genesis 21:9,10); and Sarah, discovering this, said to Abraham, "Expel this slave and her son." Influenced by a divine admonition, Abraham dismissed Hagar and her son with no more than a skin of water and some bread. The narrative describing this act is one of the most beautiful and touching incidents of patriarchal life (Genesis 21:14-16). 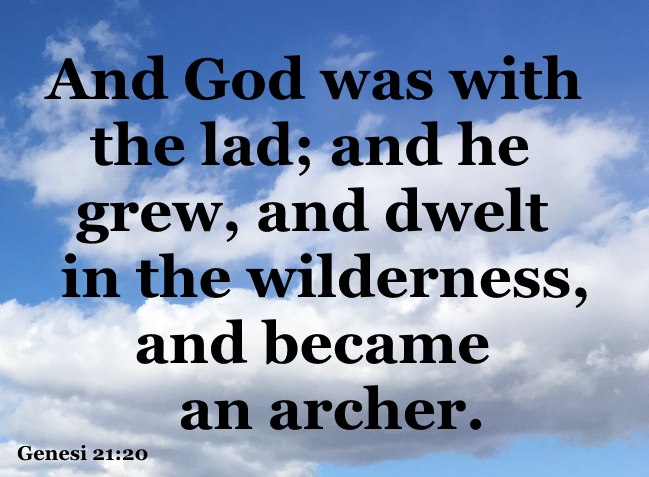 Ishmael settled in the land of Paran, a region lying between Canaan and the mountains of Sinai; and "God was with him, and he became a great archer" (Genesis 21:9-21). He became a great desert chief, but of his history little is recorded. He was about ninety years of age when his father Abraham died, in connection with whose burial he once more for a moment reappears. On this occasion the two brothers met after being long separated. "Isaac with his hundreds of household slaves, Ishmael with his troops of wild retainers and half-savage allies, in all the state of a Bedouin prince, gathered before the cave of Machpelah, in the midst of the men of Heth, to pay the last duties to the 'father of the faithful,' would make a notable subject for an artist" (Genesis 25:9).

Of the after events of his life but little is known. He died at the age of one hundred and thirty-seven years, but where and when are unknown (Genesis 25:17). He had twelve sons, who became the founders of so many Arab tribes or colonies, the Ishmaelites, who spread over the wide desert spaces of Northern Arabia from the Red Sea to the Euphrates (Genesis 37:25,27,28; 39:1), "their hand against every man, and every man's hand against them."


From Ishmael to Book of Genesis

From Ishmael to Abraham